Christchurch is the place to be if you're into super sized fun these holidays. As well has having three giant ping pong tables for the public to use, there's a giant outdoor arcade game installed for children to use. It's so big you have to jump on the buttons and use all your strength to move the human sized joy sticks.

The installations are all part of the work of Gap Filler which is an organisation specialising in urban regeneration and often has installations which are more about playing. 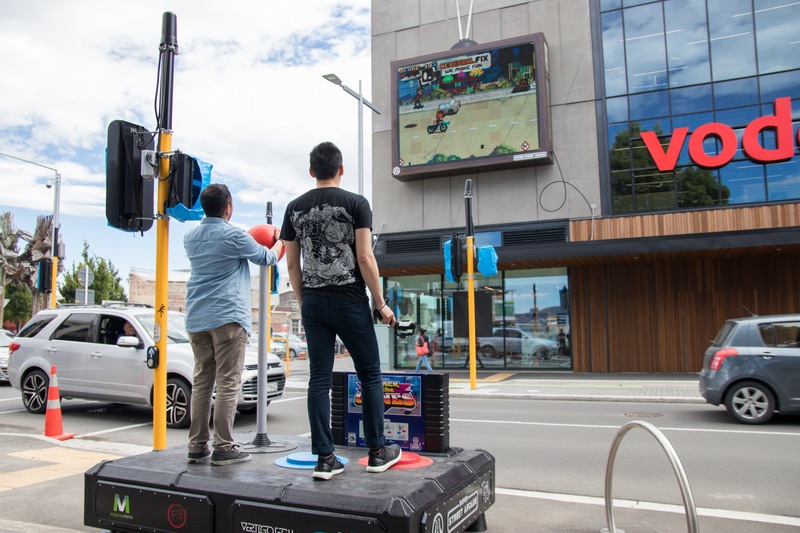 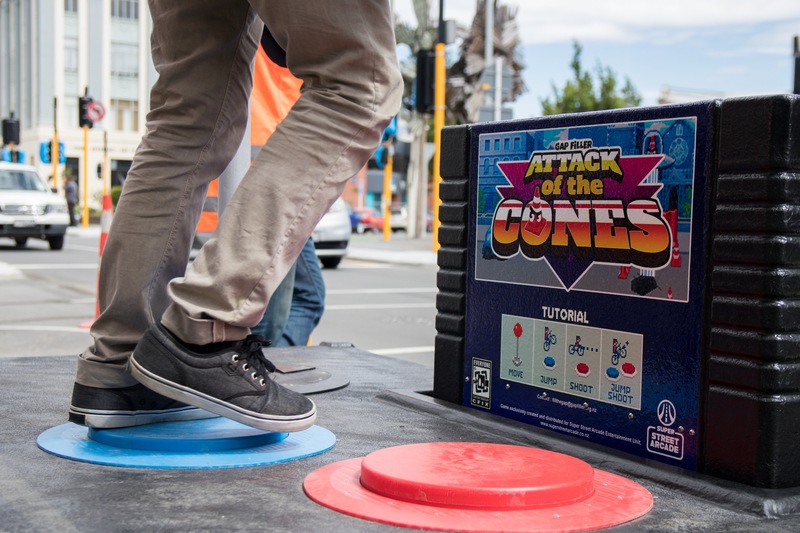 The whole body is used for the arcade controls 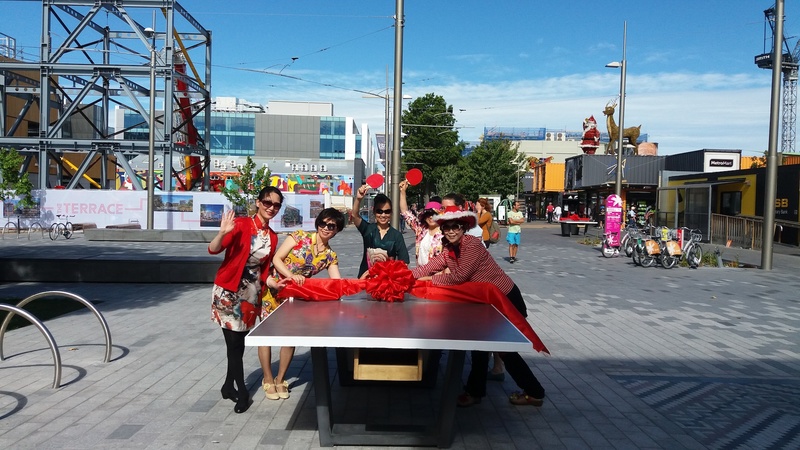 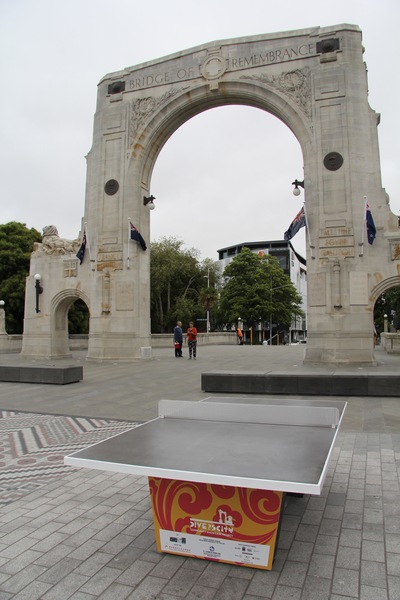 The public's able to use the giant ping pong tables.

St Mathew-in-the-city might expect to have more worshippers than usual in February. It's hosting a wine tasting event hosted by a woman who has a PHD in theology and grew up on winery in Germany. Gisela Kreglinger has written a book on the connection between wine and Christianity and combines both to offer a unique night of religion and wine tasting. As well as the Auckland event she will be hosting workshops in Queenstown, Dunedin, Wellington, Martinborough and Waiheke Island. She speaks to Jesse about her passion for wine and religion. 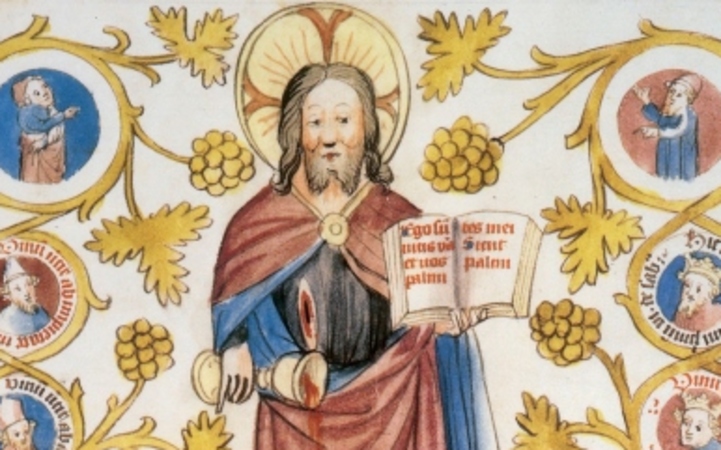 Gisela Kreglinger: The Spirituality of Wine Photo: no caption

Today in our weekly visit to the sound archives of Ngā Taonga Sound & Vision, we are going back to Christmas 1942, with Sarah Johnston. 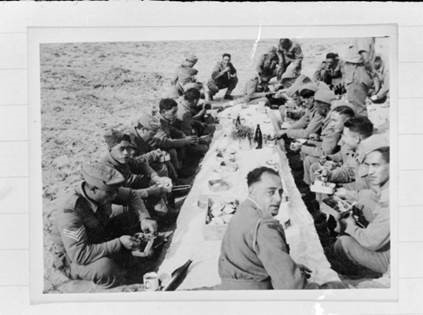 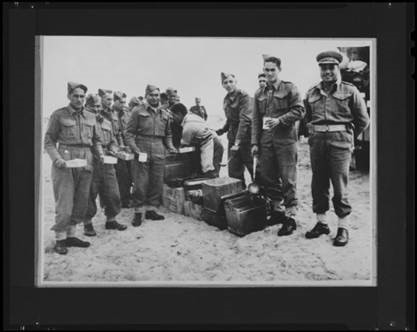 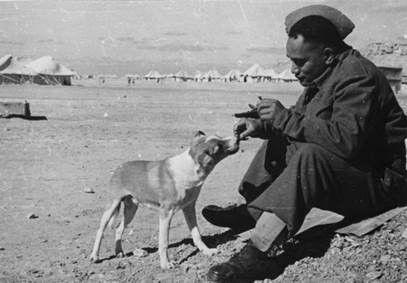 LEONARD COHEN:  YOU WANT IT DARKER
Not unlike David Bowie's last album, this disc deals with Cohen facing death on Cohen's terms.  Knowing that it
was going to be his last didn't make it any easier for us to bear but what a legacy he left.

No compromise for chart success was a hallmark sign of Cohen's disc that were always laced with humour and
the ability to take listeners on a voyage filled with linguistic delights.

SUZANNE VEGA:  SINGS OF CARSON McCULLERS
Carson McCullers wrote the book The Heart Is A Lonely Hunter and this is one woman's salute, via a stage
show, of a life writ large.  One listen will open a chapter of a writer we have forgotten but whose story will make
you investigate her more.

VAN MORRISON:  KEEP ME SINGING
To be fair, Van hasn't quite shook off the "old grumpy' persona but the experiments with skiffle and rock and roll
seem over and whilst not a return to the "Celtic Years' it's Morrison's best in years with an impassioned
selection.

NORAH JONES:  DAY BREAKS
What a wonderful bookend to her first album, an album I dismissed on its first listen.  It's chock full of cabaret
jazz sounds alongside he faux country. Her best yet.

NEIL YOUNG:  EARTH
Neil's back with a live (sort of) angry old man album railing as he does against super-powers, modified crops
and the like.  Young is the barometer of the disenfranchised anti-Trump American voters

VARIOUS ARTISTS:  SONGS OF SEPERATION
Ten female folkies on an island write and record an album in 10 days and it's outstanding and my Folk album of
the year.  For fans of The Unthanks, Eliza McCarthy and Katherine Polwart.  And the separation songs are not
just about man and women.

VAN MORRISON:  IT'S TOO LATE TO STOP NOW VOL 2,3 & 4
Extraordinary that these have sat in the vault all of these years.  1973 was indeed a milestone year for Morrison.
His backing band is incendiary night after night. What a wonderful legacy.

DAVID BOWIE:  BLACK STAR
Not unlike Peter Sellers, Bowie had many faces.  It took his last album to shed those characters and reveal a
man facing his own death as only a rock artist of Bowie's calibre could, with dignity and grace.

BOB DYLAN:  FALLEN ANGELS
Ye gods! Even Jazz Journal liked this but pointed out it wasn't a Jazz album even if the songs were jazz
standards.  My argument is-do we need another Michael Buble type swing album.  No we want Bob to interpret
these as only Dylan can and he croons with the best.

PAUL SIMON:  STRANGER TO STRANGER
Simon is now at the end of a long and stellar career but rarely fails to find something new to say about the
human condition. Not unlike Leonard Cohen or Bob Dylan we delight in interpreting Simon's lyrics. Clever and
thoughtful. 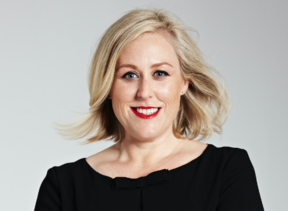 Our final Bookmarks guest for 2016  is an editor, journalist, author and digital marketing guru who formed her own  brand strategy and management agency upon returning home after ten years in New York.  She has won numerous awards for writing and has contributed to literally hundreds of publications, including The New York Times, New York Post, nymag.com, and many other foreign magazines and newspapers.

A sharp dressed man in New Zealand used to mean long socks, wide ties and whatever was on special at Farmers. Times have changed, and men around the world are becoming more conscious about what they wear.

David Coggins is a writer and editor who writes about fashion, travel, art and fly fishing.  He's written a book that features conversations with men of style about  masculine identity and fashion.

But it's not a book about what to wear. The book is called  Men and Style: Essays, Interviews and Considerations. 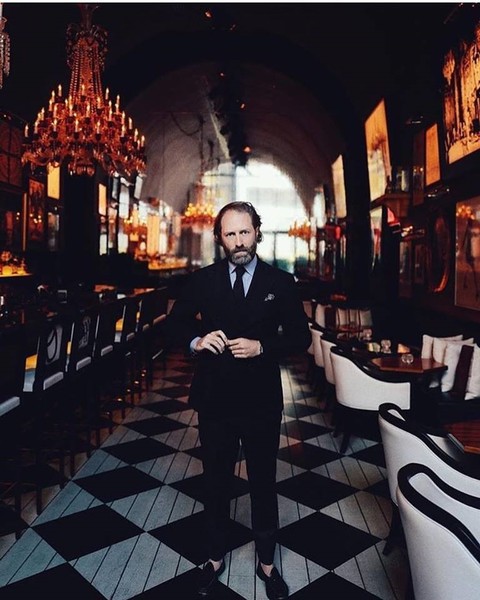 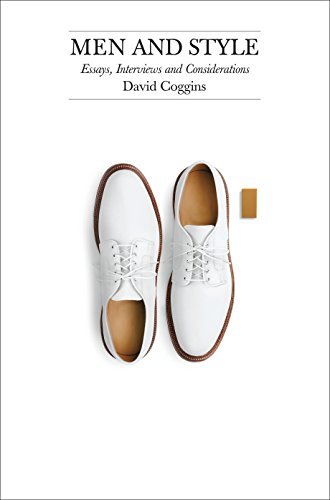 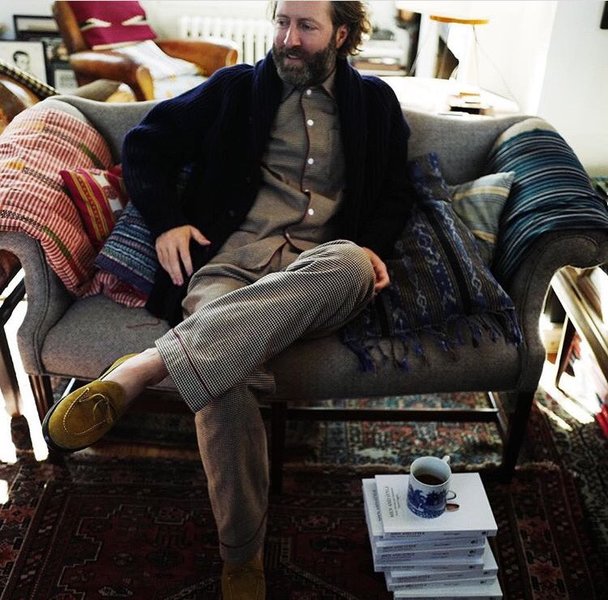 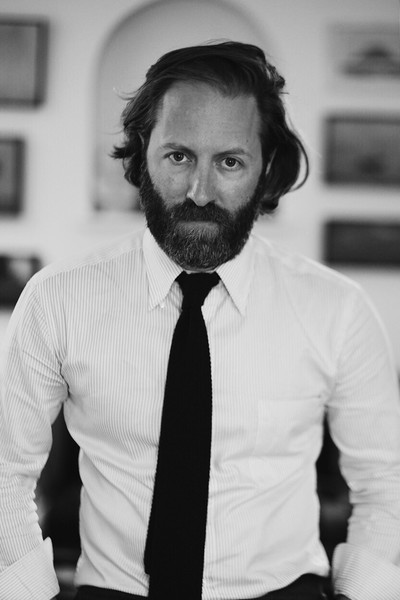 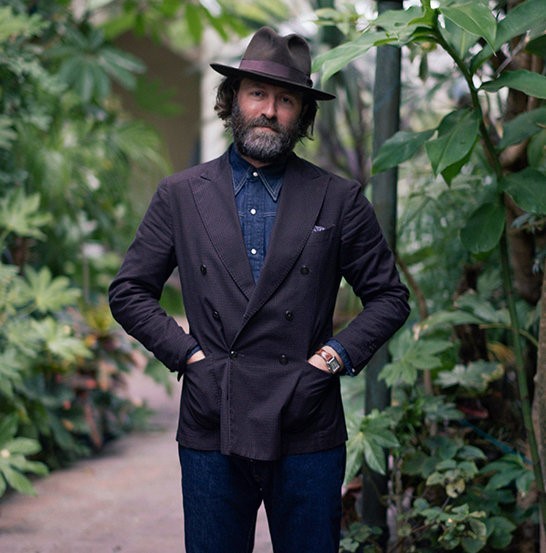 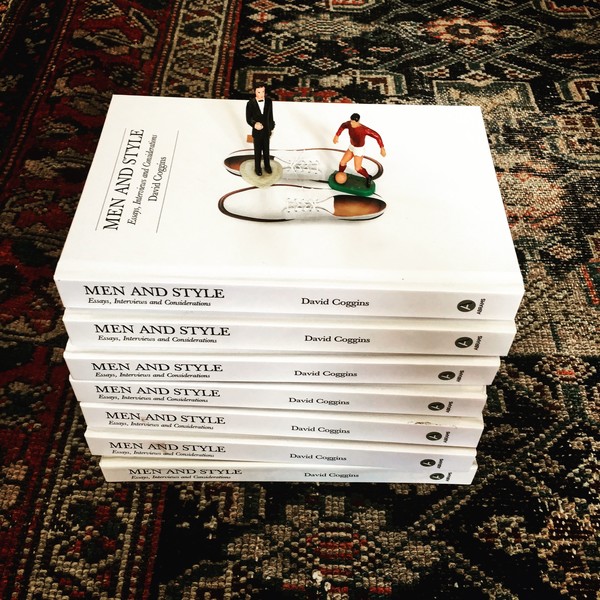 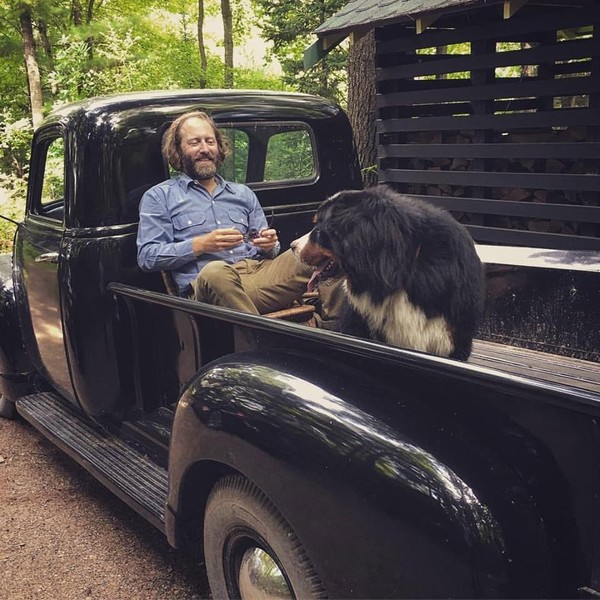 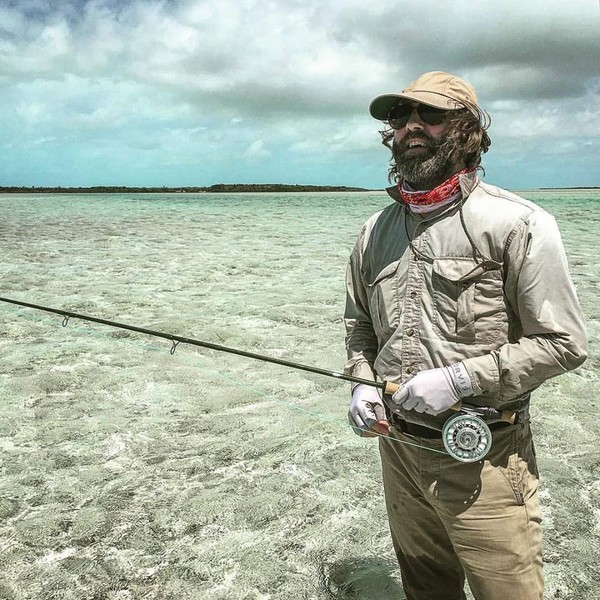 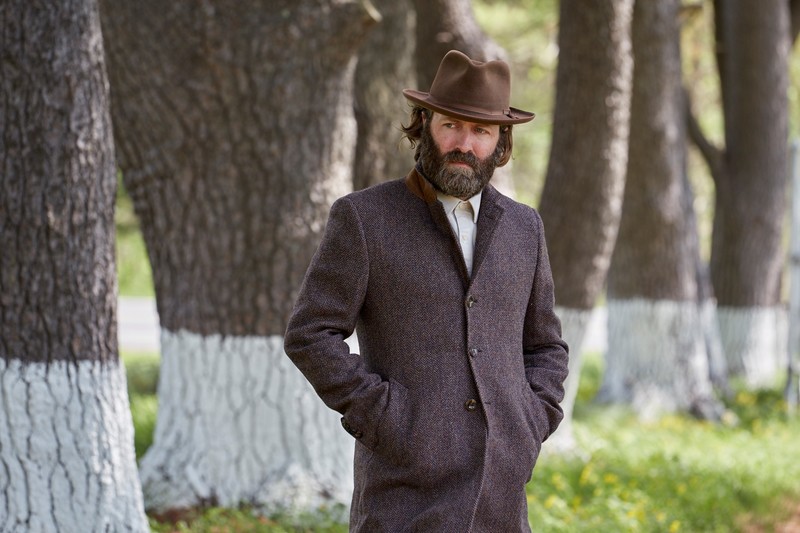 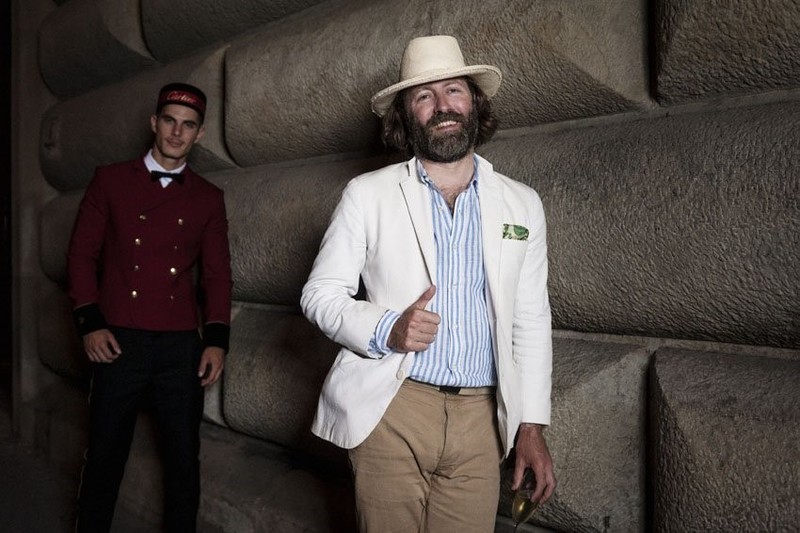 And some pajamas and a big cardigan for the New York company Sleepy Jones.

4:05 The Panel with Bernard Hickey and Wendyl Nissen