Afternoons with Jesse Mulligan for Wednesday 18 May 2016 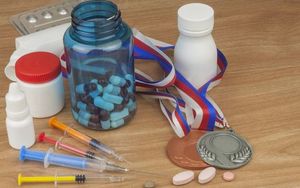 Another major doping crackdown is underway by the International Olympic Committee. Thirty one athletes from 12 countries and six sports could be banned from this year's Rio de Janeiro Olympics.After the committee retested 454 selected doping samples from the Olympic Games Beijing 2008. 250 more results from retesting of samples from the games in London 2012 will happen shortly.

Dick Pound helped found the World Anti-Doping Agency. He served as vice-president of the International Olympic Committee from 1987 to 1991 and again from 1996 to 2000. And he's one of the people who helped highlight the issues of doping and corruption in Russian athletics.

1:25 Protecting your data in the cloud

Every month their are seven potentially serious cyber attacks targetting New Zealand organisations. They are stopped by the GCSB's cyber security programme Cortex.

Now, in a 12.2 million dollar project, work is being done to try and get organisations and individuals to control their own data security and hopefully, make us a world leader in a user friendly way of protecting all that information that ends up in the cloud.

The project is called Stratus, and is funded by the Ministry of Business, Innovation, and Employment (MBIE) and is being worked on by a team of leading Cloud security researchers and experts from University of Waikato, University of Auckland, Unitec Institute of Technology and Cloud Security Alliance (CSA).

1:35  Sound archives: The Battle for Crete

This Friday is the 75th anniversary of the Battle for Crete in World War II.  The Governor General and others are attending commemorations of the battle which took place when thousands of elite German troops parachuted onto the Mediterranean island of Crete in one of the world's first-ever airborne assaults.  Germany had already forced the Allies out of mainland Greece and Crete was home to over 7,000 New Zealand soldiers, as well as thousands more from Australia and Britain.

Sarah Johnston presents some of the sound recordings held in the archives at Ngā Taonga Sound and Vision. 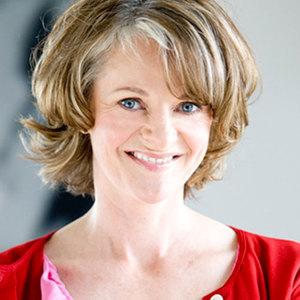 Miranda Harcourt is not only one of our better known actresses, she is also an internationally acclaimed acting coach.  After winning the prestigious Winston Churchill Fellowship to study drama-therapy in London, Miranda returned home and devised a play she could tour to every prison in the country and to prisons, schools, theatres and festivals all over the world.

For the last decade, Miranda has coached for screen and has many leading Hollywood names on her books.  Today she shares her story and some of her favorite books, movies and music with us on "Bookmarks."

Should we be looking at new taxes or changes to existing taxes? Geoff Simmons, the General manager of the Morgan Foundation discusses why we should care about tax.

The issue has become a contentious one in recent weeks, after the Mayor of New Plymouth Andrew Judd claims he was spat at and shunned when he called for better Maori representation in local government. Professor Jacinta Ruru of Otago University's law faculty discusses the history of Maori in local government.

Jim Mora, Zara Potts and our panellists Chris Wikaira and Sally Wenley on what the world has been talking about today. And your One Quick Question's are answered.

BOOKMARKS with Miranda Harcourt
ARTIST:    Avalanche City
TITLE:       Inside Out
COMP:     Dave Baxter
ALBUM:   We Are For The Wild Places
LABEL:    Warner