Afternoons with Jesse Mulligan for Monday 16 May 2016 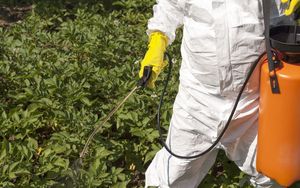 Vegetables being sprayed with herbicide in a garden (file photo) Photo: 123RF

In the past many parts of Auckland used natural forms of weed control in parks, playgrounds and roadsides, such as hot water and machinery and natural weed killing agents.

But the chair of the council's environment committee Wayne Walker, says last year the council reduced the budget for weed control, making it only cost effective for chemicals to be used.

He says this goes against the councils environmental policy to minimise the use of agrichemicals - but when he and a fellow councillor tried to put an amendment to the council at a meeting on Friday it was rejected.

1:25  'The last bastion of chauvinism' in New Zealand Sport

The New Zealand Rugby board has been in existence for 124 years and in all that time there has never been a woman on the board.

Brent Impey is the chairman of New Zealand Rugby, and he's vowing to change that.

1:30 An insiders guide to the Eurovision Song Contest

Ukraine snatched the Eurovision Song Contest off Australia over the weekend. Jamala won the 2016 edition of Europe's Favourite TV Show with the song 1944. Up to 180 million people watch the spectacle globally, and it's the longest-running annual international TV song competition. Dominic Smith is a former Eurovision producer for the BBC.

1:40 Favourite album: Where have you been all my Life? by Villagers 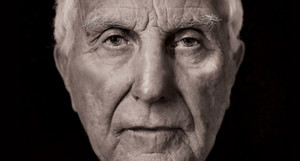 "In our weekly review of TV, Books, Music and Theatre:  Melenie Parkes gets spooky, reviewing The "Enfield Haunting" (The Zone) and "Most Haunted" (TVNZ on Demand).  Allan Drew tells us about last week's Auckland Writers Festival, and Kate Robertson has new music from Miles Mosley and Ashley Frangipane AKA Halsey

Theatreview critic Patrick Davies tells us what he thought of Circa Theatre's latest production of King Lear. 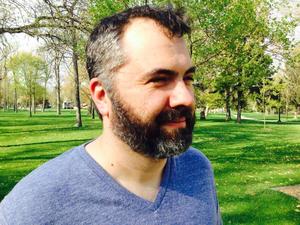 Pitchfork magazine music critic Steven Hyden looks at 19 rock and roll rivalries from the Stones vs the Beatles to Miley Vs Sinead in his new book, Your Favorite Band Is Killing Me: What Pop Music Rivalries Reveal About the Meaning of Life.

Some migrant and former refugee Africans in New Zealand say they are tired of being painted in the media as symbols of perversion, poverty, crime and shame. The ‘I AM’ project turns this around with an online campaign and photo exhibition for Africans here to tell their own stories.

Lynda Chanwai-Earle meets the project organisers as they prepare to launch on Africa Day, next week, on 25th May.

You can see some images here

Jesse Mulligan is joined by Zara Potts on what the world's talking about. And some answers to your One Quick Questions.