A health campaign aimed at decreasing the spread of sexually transmitted infections in the Midlands region has been recognised as one of the best in the world.

In January 1986 a space shuttle launch went horribly wrong. Six astronauts and a teacher - Christa McAuliffe - were killed. Hear from Barbara Morgan, another teacher who trained alongside the Challenger crew.

1:35 Critter Of The Week - The Trapdoor Spider

The Department of Conservation's threatened species ambassador, Nicola Toki, is back to discuss another of New Zealand's least charismatic characters, this week it is the trapdoor spider.

Lynley Hayes from Landcare Research is in the front line of the "War On Weeds".  She is leading research into the biological control of barberry in Southland.

Anna Hawkins could be our next international star, following in the footsteps of Hayley Westenra and Lizzie Marvelley. Last November she released her second album "Divine."   Recorded in Poland and mixed in London, it has received widespread critical acclaim and looks set to follow the success of her debut album which reached Number 6 on the New Zealand Chart. Today she will play us some songs from that new album. 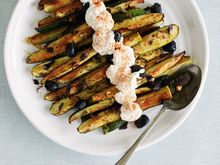 3:10 Food, Wine, Movies And Music For Your Weekend

Joelle Thomson discusses smoky Chardonnays and how Chardonnay is being eclipsed by Sauvignon Blanc.

Dr Richard Swainson has been to see Brooklyn and The Big Short.

What the world is talking about with Jesse Mulligan and Zoe George.