Gendered clothes are part and parcel of a child's upbringing now - and if you're a parent of small children, you'll be only too familiar with the swathes of frilly, sparkly pink and purple clothes on offer for little girls - and the muted blue, grey and green truck and digger tops for boys. Mother of two, Rachel Hansen, was so frustrated by such marketing and stereotypes that she decided to set up a gender-neutral kids clothing company, "Freedom Kids". 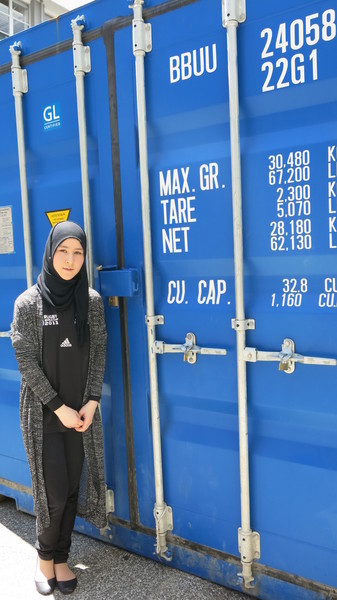 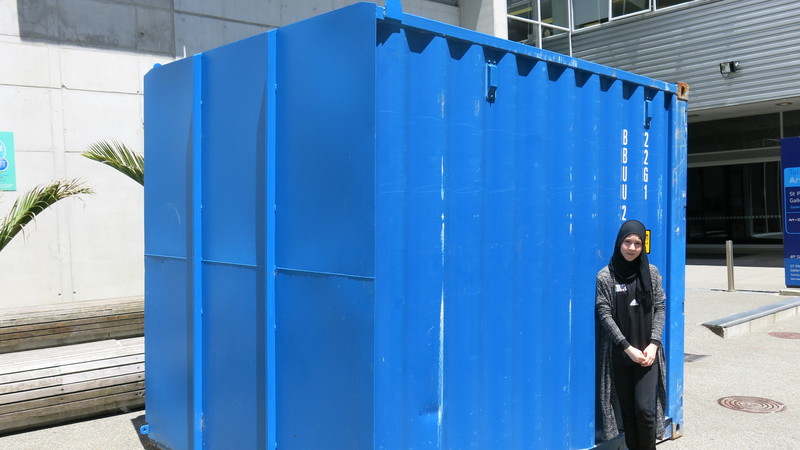 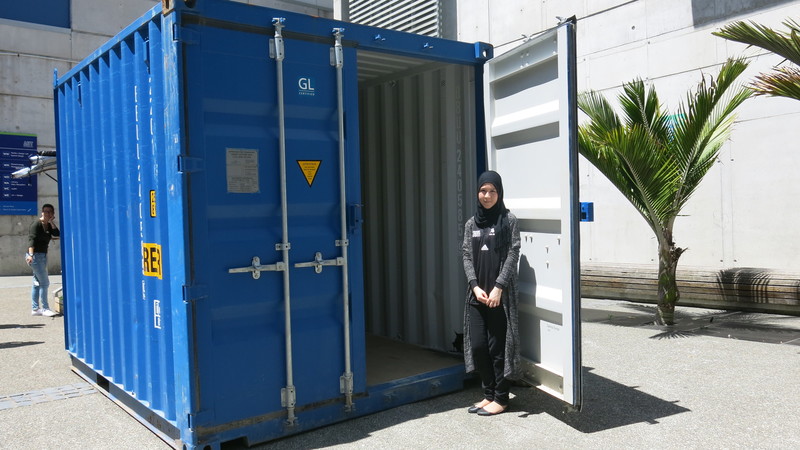 Sakina Ewazi was only five when she and her parents were rescued among 400 others by the Norwegian freighter Tampa from a sinking fishing vessel off Australia's coast. It was their fourth attempt at fleeing Indonesia, each previous boat sank and they'd had to swim for their lives. New Zealand accepted more than 130 Tampa refugees, including Sakina and her parents. Despite being so young, the memories are vivid in her mind. Now a visual arts student, Sakina is drawing on those terrifying childhood experiences for her photography project and telling her story for the first time at AUT's art and design festival.

The biosecurity detector dogs and their handlers are celebrating 20 years in the food-and-drug sniffing business today. What started with the purchase of two beagles in 1995 has spread to dozens of dogs perusing airport luggage carousels and ports around the country. They've celebrated with cake at the A and P show in Christchurch today.

Personal finance columnist and author Mary Holm addresses the question of home ownership.  Should you own your own home?

In today's episode of Sirocco,  Peta and her friend Anna take a day trip to Fes, a 1000 year old imperial city, in the train. They've both been warned, but still fall for a typically Moroccan scam.

Auckland's Silo Theatre is putting on a play about the classic cooking duo Hudson and Halls at the Herald Theatre at the moment. Part of the show's run includes a Hudson and Halls dinner experience on the Civic Theatre stage on Saturday night and chef Sam Mannering has been charged with creating a three-course meal of weird and wonderful selections from Hudson and Hall cook books.

Mawera Karetai has a weekly cooking column in the Rotorua DAily Post and runs a website espousing the virtues of living off the land.

When Nadeesha Godamunne isn't working as a fashion illustrator for Ralph Lauren, she's capturing the whimsical and stylish characters of New York for her blog, Mokshini.

They call it the 'mussel crusher' - a machine that tests the strength of New Zealand mussel shells as part of research to help the local aquaculture industry. Katy Gosset visits the NIWA labs in Christchurch to find out more.