PCs get degrees ... there is an increasing trend by universities and polytechs to offer online courses and lectures.
What are the benefits - and what risks?

Wellington is playing host to a wide variety of artists and writers this weekend for its second annual LitCrawl. 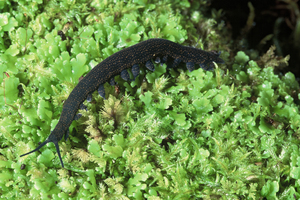 This week it's a worm - which has been on this earth for half a billion years!

For over a decade yachties and wineries in Marlborough have teamed up to race the region's new vintage of sauvignon blanc across the Cook Strait. But it's not always smooth sailing and many of the sailors have tales of rescues including losing consciousness in a helicopter winch and falling into seven metre waves.

Food - Jonny Schwass has a recipe for Bresaola.

Wine - Yvonne Lorkin is in Hawkes Bay talking about Viognier.

Music - Yadana Saw previews what is coming up on Music 101 this weekend.