The police are holding a media conference, about the threat to contaminate infant milk formula with 1080. Last November, letters containing a concentrated form of 1080 were sent to Fonterra and Federated Farmers, with a threat to contaminate infant formula with it unless the poison's use in pest control in New Zealand stopped. Radio New Zealand's reporter, Kate Newton, is at the press conference in south Auckland.

CTU President Helen Kelly is planning to write to Associate Health Minister Peter Dunne to ask for permission to use cannabis legally. She has admitted to using cannabis illegally to combat the side-effects of cancer.

John Bishop is one of the UK's most successful comedians. He started in 2000 and got very good at it very fast, winning all sorts of awards within his first couple of years. He's appeared on Would I Lie To You, Graham Norton and 8 out of 10 Cats on TV here, and he's in New Zealand for two shows later this week. 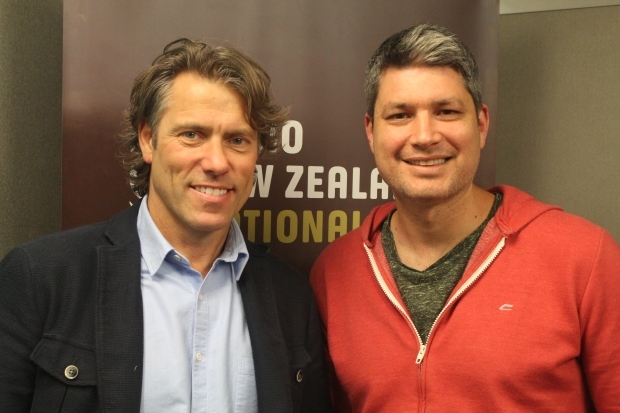 We're heading back to the mid-1990s to celebrate and remember the first Big Day Out which took place at Mt Smart Stadium in 1994. Soundgarden, The Smashing Pumpkins, The Breeders were headline acts that year - and it was also the final gig for Straitjacket Fits (before they reformed in more recent years)

Dr Kenneth Kamler is an adventure physician. He's the person who can make the difference between life and death in the remote jungles of the Amazon or on the slopes of Everest. He was the only doctor on the mountain in 1996 when eight mountaineers, including New Zealander Rob Hall, died in the disaster that is told in the movie Everest. Dr Kamler treated surviving climbers at 21,000 feet including Beck Weathers who had been left for dead on the mountain but managed to get to a camp for help. Dr Kamler talks about survival in the extremes.

New Zealand-led research shows global solutions to reduce methane emissions from ruminant animals are feasible, because the microbes causing the emissions are similar around the world.

What the world is talking about, with Jesse Mulligan, Jim Mora and Zoe George.