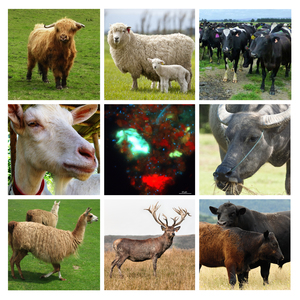 A few of the ruminant animals in the study - as well as a microscopic image (centre) of the microbes that cause methane emissions as part of the feed fermentation. Photo: AgResearch

Giraffes in Africa, buffalo in China, bison in America, cattle and sheep in New Zealand – all these animals have one thing in common: they ruminate.

They all eat grass or leaves, but to digest the plant matter, they need the help of microbes that live in their multi-chambered stomach. The first chamber is called the rumen, and it is an ecosystem in its own right, teeming with microbes that ferment the feed. Methane, a potent greenhouse gas, is a by-product of this process.

Methane emissions from ruminant animals account for more than a third of New Zealand’s total greenhouse gas emissions, and scientists have been looking for ways of reducing the emissions, both here and worldwide.

A New Zealand-led study has now found that a global effort is feasible because the microbes that produce the greenhouse gas are similar in ruminant animals around the world. 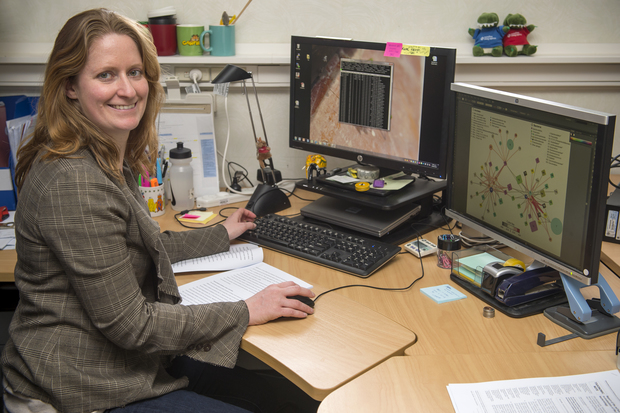 AgResearch scientist Peter Janssen, who led the Global Rumen Census project together with Gemma Henderson, says the team analysed hundreds of samples from the fore-stomachs of a wide range of ruminant animals and found similar micro-organisms present in nearly all rumens across a wide variety of species and animal diets.

The majority of the samples are from cattle, sheep and goats from different countries, but the project also included other farmed ruminants, such as buffaloes and reindeer, as well as wild animals, including giraffes, mountain chamois and bison.

“For every single one of those animals we knew the breed, what it was eating and where it was from, and that allowed us to explore patterns across all of this information,” says Peter Janssen. 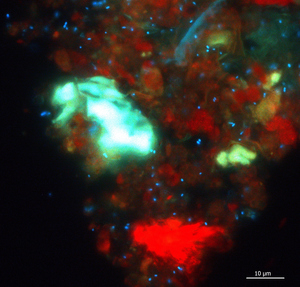 Gemma Henderson says the rumen teems with microbes, including methanogens, which are responsible for the methane production, and bacteria and larger protozoa. The team found that the methanogens were surprisingly similar across all animals “no matter where the animals were, which species they were and what they were eating”.

From a methanogen’s perspective, the results are perhaps less surprising. “These methane-producing microbes grow on the products from the bacteria and protozoa that ferment the feed. They grow on the hydrogen that’s produced, and they convert the hydrogen to methane. They just down care where the hydrogen comes from.”

The results mean that any technology developed to reduce methane emissions from ruminants should be applicable across the globe.

If it had turned out that the methanogens were different everywhere, it means you’d need a local solution for the problem everywhere, but if they are very similar, as they turned out to be, it means that a global collaboration or a product developed in one place can result in something that everyone can use.

Earlier this year, the AgResearch team developed chemical inhibitors that could potentially significantly lower methane emissions, in a project that was carried out in sheep, cattle and deer in New Zealand.

Peter Janssen says the latest findings don’t take away the technical challenge of controlling the methanogens. “You still have to find a way of intervening, but what it does tell us is that something that’s developed in one place could be applicable everywhere and that’s really useful if we have a global effort to try and solve the problem.”

The results of the Global Rumen Census were released in the open-access journal Scientific Reports. The team has made the database and a summary of the results openly available so that other researchers can pursue their own investigations, and Peter Janssen says there are a few questions he would like to continue exploring. So far the methanogens have been grouped on a species level, but he says he would like to “drill deeper to investigate different strains”.

“In New Zealand, for example, it’s not only the same species of methanogen everywhere, it’s the same dominant strains and we’d love to know if that’s on a global level as well.”