A spell of extreme weather has left Mt Ruapehu under a deep blanket of new snow, which bodes well for good spring skiing and a busy school holiday period.

The annual Hajj pilgrimage begins on September 22, and for many Muslims, the journey to Mecca is a once-in-a-lifetime experience. More than a million faithful, have already flocked to Saudi Arabia in preparation for the spiritual highlight. And the logisitcs of such an event are challenging. Saudi Arabia has deployed 100,000 security personnel to oversee the annual event. Anjum Rahman is from the Islamic Women's Council of New Zealand. And she's completed her once in a lifetime pilgrimage.

Philip van der Waal owns the Penguino Ice Cream Cafe in Nelson. And he's been crafting up all sorts of new adult flavours.

She's been described as the hero of Tokoroa. Julie King is the heart and soul behind Love Soup, the soup kitchen that feeds more than 200 people per week. A few months ago they were told by council they had to move from the Tokoroa East Bowling Club, where they operate from. So Julie and her team have been working tirelessly, trying to fund the move. They're still $20,000 short, and the deadline for the move is looming.

Today's Great New Zealand Concert covers a number of performances from American singer-songwriter Johnny Cash.  He first visited New Zealand in 1959 and performed at the Auckland Town Hall. He came back in 71, 73 and three times in the 90s including with the Highwaymen that included Cash, Waylon Jennings, Kris Kristofferson and Willie Nelson. 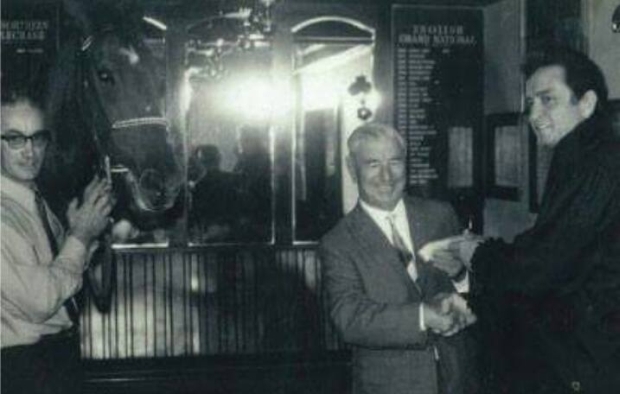 Daniel Diaz made his wife a promise just before doctors helped her end her own life. Brittany Maynard had terminal brain cancer. The couple moved from California to Oregon so she could legally choose when to die. She spent her last months writing and posting videos to raise awareness about death with dignity. Diaz promised his wife he would tell their story and support right to die legislation.

3:35 Our Changing World - The Worm Returns

Earthworms are a vital, but often absent, member of many New Zealand dairy farms. It's a case of the more worms the better, as having good worm numbers can result in a 20% increase in pasture growth. Alison Ballance joins Nicole Schon, from Agresearch, on a Manawatu farm as she checks on a trial to boost numbers of deep tunnelling worms that will be harvested and relocated to worm-less farms around the country.