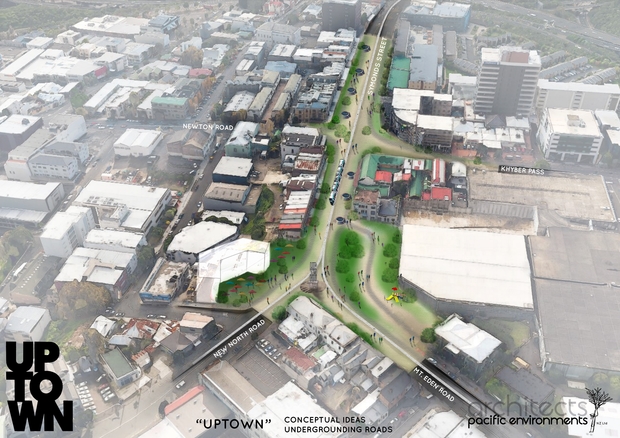 Auckland's Uptown Business Association has put together a conceptual design, aimed at freeing up one of the cities main traffic bottlenecks. The idea is to create a 'green' pedestrianised zone at Upper Symonds St. The association says it will be talking with Auckland Council about the idea. And its aim is start a conversation about how, what it calls a 'forgotten part of Auckland', could be used. Dushko Bogunovich is a professor of Urban Design at Unitec.

The international press are calling it a 'MIRACLE'.  That's because upsets like the one Japan pulled off over South Africa at the weekend aren't really supposed to happen in Rugby Union.  It led the Springboks coach to apologise to a nation for the failings of his team.  So how suprised should we be that Japan beat South Africa 34/32 in pool play at the Rugby World Cup?

Paper Boat is a new film essay. It's a 30 minute film, that follows the journey a book follows when it is published today. It looks at how writers, editors, designers, printers, binders, booksellers, and librarians are expanding the possibilities of writing and publishing. Alex Mitcalfe Wilson is the director.

Playful, intelligent and social; dolphins have been described as an aquatic mirror of mankind. Author Susan Casey explores the myths and the magic of dolphins in her new book, Voices in the Ocean: A Journey into the Wild and Haunting World of Dolphins.  The book details everything from moving accounts of dolphins interacting with people  to the bizarre community  in the 1950's who worshiped dolphins   It also details the very real modern threats  from human activity to this most beloved creature from under the sea.