In a world's first researchers are using Google's technology to map the human body. The new imaging technique was announced at a convention in the United States this week. It will allow medical professionals to zoom in to individual cells. And it could have the potential to detect disease earlier and even change treatment methods. Professor Melissa Knothe Tate is the Paul Trainor Chair of Biomedical Engineering and a Professor at the University of New South Wales. She's in Las Vegas at the Orthopaedic Research Society meeting

The book the Hobbit is a world-wide classic - and has been translated into about 60 different languages from Arabic to Ukrainian, Cornish to Hebrew. And now we can add Hawaiian to the list. Dr Keao NeSmith has translated the Tolkien classic into Hawaiian as part of his mission to preserve the indigenous language

Tim's a great guy.  So you'd think?  A meditation on friendship and  commitment 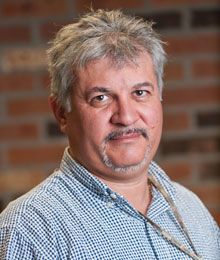 Thousands of archaeological sites dating back to the beginning of civilization are being destroyed by ISIS in Northern Iraq and Syria. Archaeologist Amr Al Azm is part of a team training activists how to protect and hide these ancient treasures. They are the modern Monuments Men who saved treasured artwork from the Nazis during the Second World War

If you want to attract native birds to your garden, it seems putting out bread or grain, is not the way to go. That's one of the findings of an eighteen month study into the feeding of birds in New Zealand gardens, as David Steemson finds out