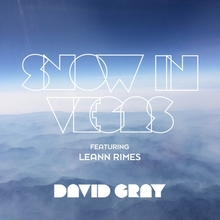 The British singer songwriter, David Gray, has sold millions of records, and he continues to write and perform. He's just about to tour in New Zealand with his tenth album, called Mutineers. It's an album which has received strong reviews and it's also an album which, he has said, marks a new approach to his craft. Who better to ask about this than the man himself

A whimsical travelogue in which the narrator and her companion Burton enjoy a 'tootling' tour through the back roads of England, Spain and India. In this episode Burton wrestles with tourist traps and Spanish drivers but finds pleasure in the high Sierras

The Internet of things. TVs, cars and air conditioners already plug into the Internet but what happens when they're joined by toasters, fridges, microwaves and, eventually, milk, toilet paper and rice crispie crackers? And TVs have evolved to understand when you say "mute" and "change channels" but to do this they need to capture every word that's said in the room. Does this bother you?

If you haven’t picked up a book in the past month, let alone the past year, you’re not alone. Sonia Sly finds out why reading now takes bottom ranking on our ever expanding list of things to do when she meets some slow readers who want to get their mojo back

TITLE:  This Note's For You

TITLE:  I Would Die For U