He suffered an 11,000 volt electric shock and he's more than a little lucky to be alive to tell the tale. Thirty-eight-year-old yachtie, Riki Te Tau, had a brush with death when he brought a four metre catamaran off the beach in Queen Charlotte Sound. The cat's mast got too close to power lines, but luckily for Riki, he was outside the Outward Bound School at Anakiwa. And school director Rob MacLean happened to be there. 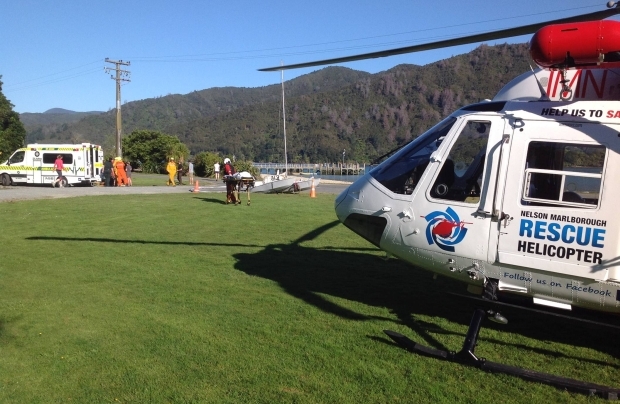 The job of patrolling for polar bears is not one that many New Zealanders would know about. But for Alaskan Mike Pederson, close encounters with the predators is just part of his day. Mike co-ordinates polar bear patrols in Alaska for the North Slope Borough. One of his team, Ruby Kaleak, had her own close encounter recently and it's been making headlines around the world. Armed with a 12-gauge shotgun and non-lethal firecracker slugs, the officer managed to chase off a polar bear that broke into an 81-year-old's house. And luckily, no-one was injured. Mike Pederson joins us to speak about the close call and about the life on the polar bear patrol.

3:30  Middlemore Ebola Unit - Lisa Thompson- Find out how South Auckland's Middlemore Hospital, the closest to the country's largest airport, is preparing for the possibility of receiving a patient with Ebola.
The link: New Zealand Society

3:45 The Panel Pre-Show - Zara Potts today with What's The World Talking About: European police want a reduction in big-noters. Flying economy minus; what does that mean... The role of broccoli in fighting autism, the drug addictions of Adolph Hitler, the American city with the most rats, and the umbrella that works using a force field.