The link: All three songs are under three minutes

She's won more than 700 gold medals, set more than 26 world records and she'll be 95 in just a few weeks. Olga Kotelko took up track and field when she was 77 years old. She competes in 11 events, including the high jump, hammer throw and the 200m run. She astonishes doctors with her energy, good health and athletic ability. It may be her diet, which includes sauerkraut and pickled herring, it may be that she wakes up in the middle of the night to stretch and meditate. GIving up, she says, is never ok.

2.20  70 year old Ailisa (Ale sah)  O'Brien of Invercargill isn't slowing down either. When she was just 5 years old she started knitting and she hasn't put the needles down since.  She's a professional knitter, doing the jumpers with the kiwis and pukekos on the front for tourists for many years. Now she works with merino wool, knitting at least four hours a day.  Now she's added collecting labels for yarn to her list of passions... she has more than 3 thousand lables from at least 40 different countries. It all started with a comment in a newsletter she started 10 years ago and the labels keep coming in. Ailsa O'Brien is on the line with us from Invercargill

Should I buy my iPhone now? Or my MacBook Pro? Or iPad Mini?
http://buyersguide.macrumors.com/

3:30 New Zealand Society - "Sheila on the Coast" - Lynda Chanwai-Earle - She swam with dolphins and fought to protect the natural environment of southern Wellington in her seventies. Lynda Chanwai-Earle catches up with an Owhiro Bay resident with some tales to tell about her last six decades on the coast: 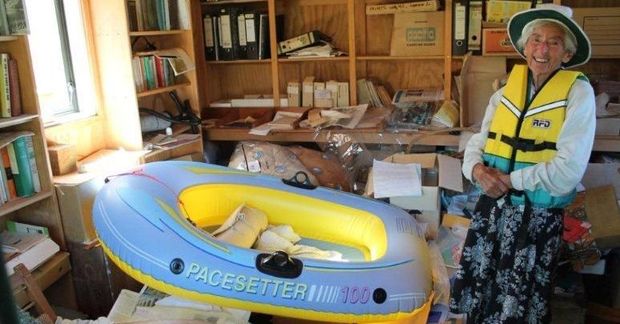 Sheila with her Pacesetter dinghy.