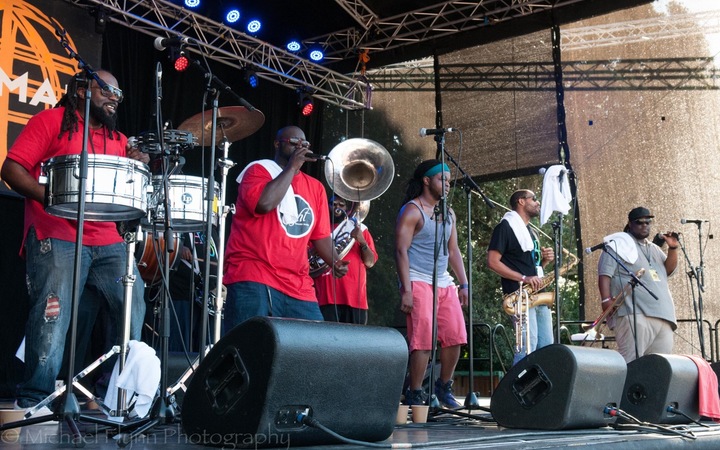 For over 20 years, one of the most popular and visible funk-style brass bands in New Orleans community parades and funerals has been the Hot 8 Brass Band.

In 1996 sousaphone player Bennie Pete was instrumental in bringing together a bunch of High School students to form the Hot 8 Brass Band. Consequently it's a band that grew up together and continues to maintain strong, family-like bonds and regular membership. 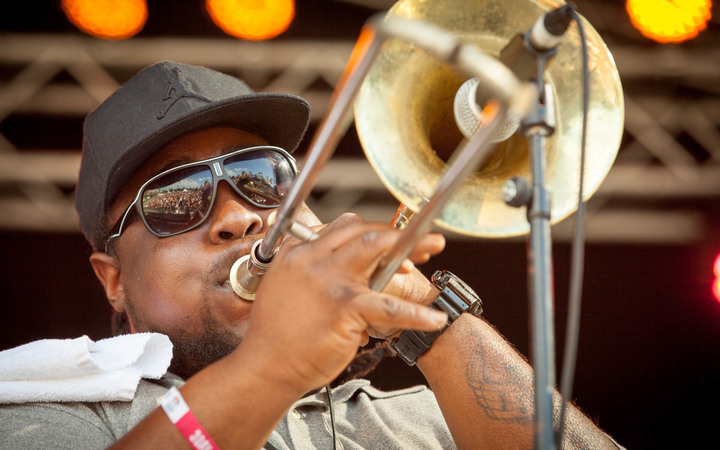 The Hot 8’s style is informed by a certain amount of tradition with a large dose of contemporary r&b, rap, funk and its local variation, “bounce". Some of the older traditional brass band players have reservations about the Hot 8's style and repertoire. But those same detractors can see that it's positive for the community.

The story of the Hot 8 Brass Band has been one of both tragedy and triumph. Over the years their ranks have been decimated by the deaths of four original members due to street violence and illness as well as dealing with the aftermath of Hurricane Katrina. 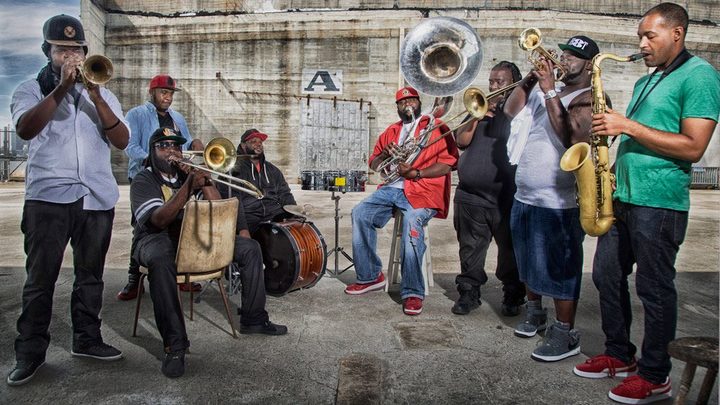 The Hot 8 Brass Band have done a lot in America and Europe to promote the recovery of New Orleans. One thing is certain, New Orleans is never short of a party for them to play at.