Small Island Big Song is an album that unites indigenous musicians from seafaring cultures across the Pacific & Indian Oceans.

All the songs were recorded in nature, using traditional instruments and languages, creating a contemporary and relevant musical statement in the face of climate change.

They embarked on a three year journey following the voyages of ancient oceanic seafarers who traced the ocean currents and seasonal winds dating back over 5,000 years, to and from the island now known as Taiwan. 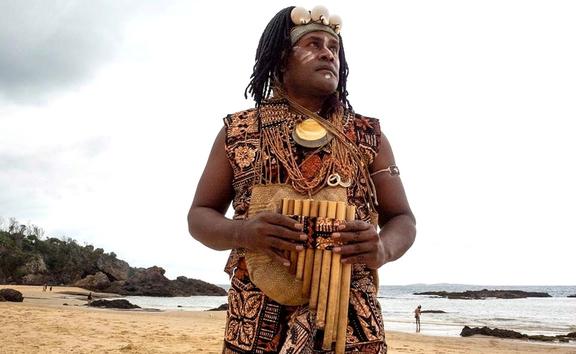 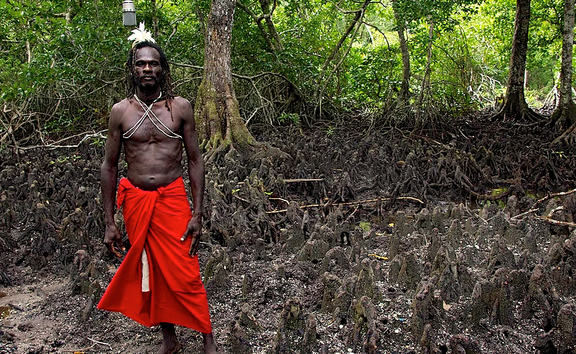 Along the way Tim and Bao Bao recorded and filmed over a hundred indigenous musicians playing only traditional instruments in their natural habitats across 16 islands of the Pacific & Indian Oceans.

From the Dayak people’s Sape' recorded in the rainforests of Sarawak with a Papua New Guinean bamboo ensemble on a remote Bougainville beach, from the Māori taonga pūoro recorded in the last strand of Aotearoa’s native forest mixed with Taiwanese Indigenous harmonies, from Rapa Nui’s Jaiwaian reggae set among standing stones playing with an uplifting Kompang group from Singapore!

Last week Small Island, Big Song was awarded as the Best Asia/Pacific Album of 2019 at the Songlines Music Awards in the UK.

Tim and Bao Bao wrote on Facebook "This award is for the artists, and the music itself is a gift to all fighting the good fight for our small island earth."

Here are some of the songs that resulted. You can find more from Small Island, Big Song on YouTube

“If you hear an Are’Are song you can feel and see how long it has been there. The songs are documents of who we are, the only gift our ancestors gave us." Charles Maimarosia.

Song Dedication: For our mangroves. Mangroves are one of the Earth’s most precious but maligned environments. Koyawa sings and dances, celebrating his mangrove coastline. Mangroves capture twice to four times as much CO2 per sq. m than any other environment.

Song Dedication: For our living ocean. 70% of the earth’s surface, one ocean touching every shore, and to the great ocean currents, regulating the planet’s climate and providing a highway for the seafarers.