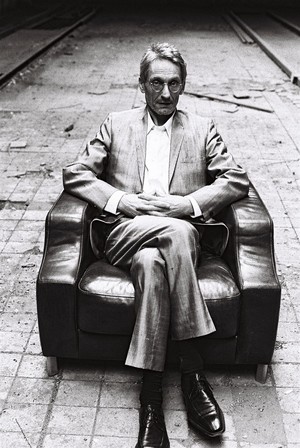 In Germany, after the war in 1945, “there was not only houses destroyed but also the culture was destroyed”.

During the 60s, as British and American music took over the world, there was a movement amongst German musicians to experiment and create something of their own. Musicians like classical composer Karlheinz Stockhausen were hugely influential and rock musicians were quick to embrace experimentation and improvisation.

Guitarist and composer Manuel Göttsching says; "There was no real business structure, so this was all very experimental music."

They purchased Pink Floyd’s second-hand PA system and quickly built a cult following with their incendiary improvisations, playing in Germany and Europe.

Their first album recorded ‘live’ in the studio with producer Conny Plank set a musical precedent and the band’s repertoire grew. Their 3rd album Seven Up, recorded in Switzerland, featured Timothy Leary on vocals while he was exiled there after escaping from America for various LSD and drug related charges. 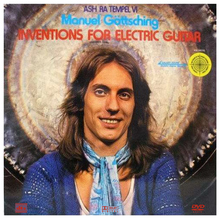 After taking a break from Ash Ra Tempel Göttsching recorded his first solo album  “Inventions for Electric Guitar” in 1974 on a TEAC 4-track. It’s a highly regarded instrumental gem that for years was regarded as a lost masterpiece. It’s a hypnotic recording influenced by American composer Terry Riley, consisting of nothing but guitar overdubbed from beginning to end 4 times.

The only parts of the composition that Göttsching can’t reproduce live is one guitar track recorded at ‘double speed’. Göttsching performed the piece live in Japan in 2010 with 3 other guitarists including Steve Hillage.

Whilst developing his home studio after the recording of “Inventions for Electric Guitar in 1974, Göttsching developed an interest in electronic music that saw him composing for keyboards with an array of synthesizers and sequencers and using them in his live performances. He says “I treated all these instruments as just one big instrument that I play all at the same time” 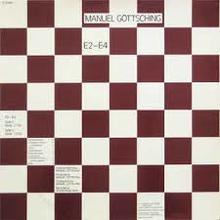 In 1981 Göttsching conceived an electronic piece called “E2-E4” which these days is regarded as the precursor to the development of House and Techno Music in the late 1980s and early 1990s.

E2-E4 is an hour-long recording based around 2 chords on keyboards and overdubbed guitar that was something of a happy accident. He accidently hit the record button and produced a mesmerizing piece of music. He was due to fly from Berlin to Hamburg and took the recording with him to listen on his Walkman.

It was listening back to it that Göttsching realized he had “one of those magic moments that you have sometimes”.

Although Richard Branson of Virgin Records expressed his admiration for the track, Göttsching felt that Branson was too distracted by his airline business, so the album was released independently.

Originally reviewers dismissed E2-E4, but over the years the album found it’s way to the burgeoning House and Techno movements in America.

Influential taste maker Larry Levan, who was the resident DJ at the hugely popular New York club Paradise Garage, was infatuated with the idea of making "music that would never stop."

The track gradually gained momentum and was picked up by other DJ’s across America, like Carl Craig in Detroit, and it became one of the most sampled records ever, second only to Donna Summer.

When serendipity strikes, music can travel in some marvelous ways. It certainly did for Göttsching!

A the UK observer wrote: ‘E2-E4 distilled the classical minimalism of Terry Riley and Steve Reich into a groove that became a Paradise Garage anthem”

Manuel Göttsching continues to play live and in the year 2000, along with his film producer wife Ilona, started his own record label MG Art, which is re-releasing much of his music that for some time has been unavailable

Göttsching has enjoyed an influential career in music and despite being a private and modest man, takes considerable pride in seeing his work enjoying something of a renaissance, which he continues to augment with new compositions.