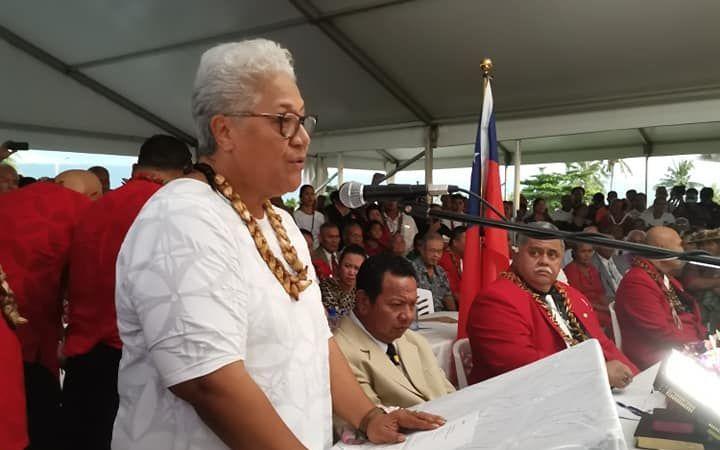 Samoa's Fiame Naomi Mata'afa and her FAST party seek clarification from the courts over the matter of extra parliamentary seats for women. Photo: Ame Tanielu

The ruling meant the FAST party maintained its majority of 26 seats in the 51-seat Parliament.

But the court also ruled that six rather than five women MPs was the correct number under Samoa's system providing for 10 percent of parliamentary seats to be reserved for women.

However caretaker Prime Minister Tuilaepa Sa'ilele Malielegaoi and his HRPP party - which had been in power for decades - continues to refuse to concede defeat.

He said no government would be formed until all 28 election petitions are heard - with a possible by-election to decide the sixth woman seat. 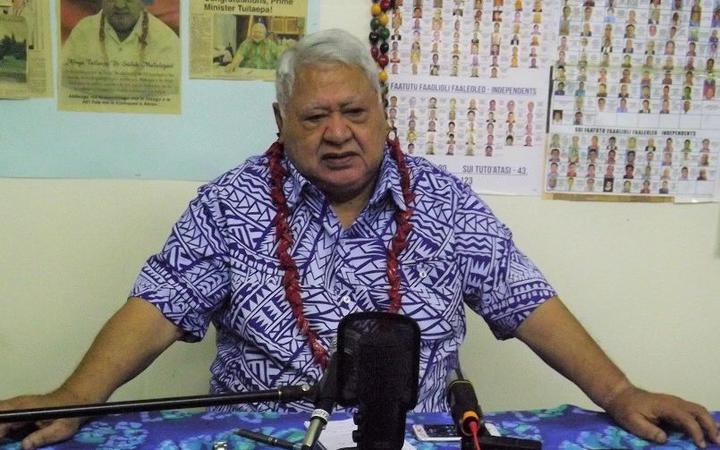 Earlier this week, talks between the two political parties failed to resolve the impasse, according to FAST party leader Fiame Naomi Mata'afa.

She said last week's Court of Appeal decision was not retrospective and could only apply to future elections as the writ of appointment of the elected members was given by the Head of State on 16 April 2021.

Fiame said she was also seeking the continuing support and prayers of the churches and the nation as the political leaders look to amicably resolve the current impasse.

Two weeks ago Samoa's constitutional crisis deepened when the caretaker HRPP government locked the doors to parliament in an attempt to stop Mata'afa, the prime minister-elect, from being sworn into office following her patry's one-seat election win. That was despite the Supreme Court ordering parliament to sit, overruling the Head of State's earlier decision to cancel the new parliament sitting.

Unable to be sworn in within parliament, FAST decided to hold its own swearing-in ceremony under a marquee tent erected on parliament grounds.

Fiame was sworn in that afternoon, as was her Cabinet, but a constitutional question lingers over the legality of that swearing in: none of the judiciary, the speaker, the head of state nor the elected HRPP members had been present.

Meanwhile, Tuilaepa said his government was preparing a minimal budget to allow government to function when the current financial year ends on June 30.

He said the government would operate on 25 percent of the current budget which he estimated would be around 200 million tālā.

Tuilaepa did not elaborate on details but he says that Cabinet met on Tuesday with all Chief Executives of government ministries and organisations and advised them to prepare budgets based on the 25 percent spending allowed under the constitution.

Tuilaepa said he will be speaking on the issue again this week.

A case due to be heard in the Supreme Court on Monday is likely to indicate if such a budgetary move is necessary.