The Fiji men's and women's sevens teams have resumed training part way through their two week quarantine in Australia this week, after returning negative results for Covid-19. 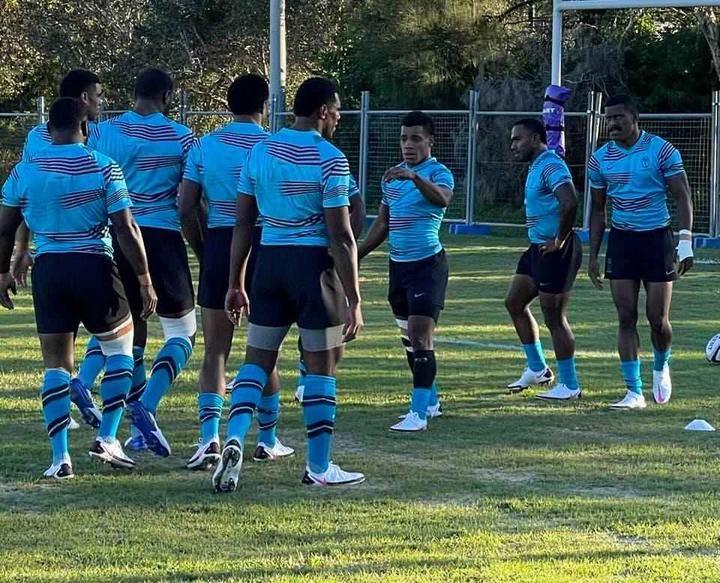 The Fijian sides are set to feature in the inaugural PacificAus Oceania Sevens tournament later this month, to help boost team preparations ahead of the Tokyo Olympics in July.

"So far so good. It's very windy and cold here in the Sunshine Coast, but we're okay with the last three days," he said.

"We stayed in doors and followed the protocol on those three days before we received all the negative tests, and then we were allowed to go out on Monday afternoon and straight out to the ground to do some blow outs, and a split between us and the men's doing the gym session and the field session." 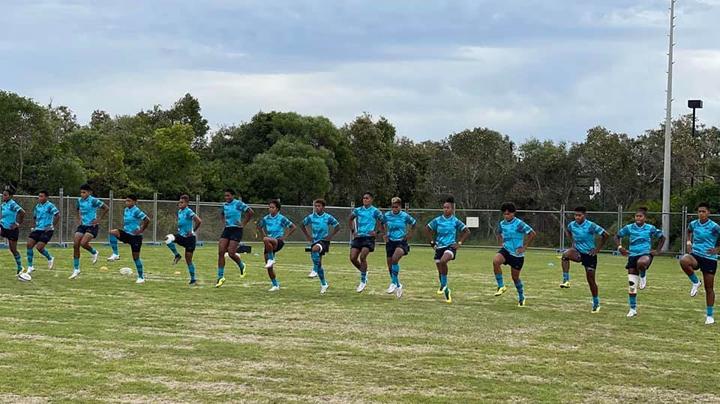 The Fijians 7s have resumed training during their stay in managed quarantine on the Sunshine Coast. Photo: Fiji Rugby

It's been over a year since the squads competed on the international stage, while a series of domestic tournaments meant to mimic the World Series were halted in March following Fiji's second Covid wave.

After two months of training in separate bubbles in Suva, Fuli said players were looking forward to playing some competition.

"After going through selections and trials amongst ourselves in Fiji, this is the best way to come out and try our combinations, the squad and the individuals building [towards] these Oceania Sevens in two weeks time."

"This is the the best place to try out the combinations against the top two teams that have been dominant and that has been setting the benchmark high in terms of women's rugby in the world, especially the sevens circuit, and this is the best platform for us to gage and test our players against New Zealand and Australia."

The men's team are currently six days into their two week quarantine spell.

A quick update from Fiji Airways Fijian 7s Coach Gareth Baber. He thanked the Queensland Government for the help. The players are fit and healthy.
Team Fiji’s stay in Australia is proudly supported by the Australian Government’s PacificAus Sports program. #OceaniaSevens pic.twitter.com/bvyVLkt00l

Coach Gareth Baber expects the return of former captain Kalione Nasoko will be an added boost for the team ahead of the tournament held in Townsville.

He said Nasoko has put in the work to ensure he's ready to perform at his best.

"Kali has trained particularly well, has worked on himself, has sacrificed a lot to get him where he needs to, he's had to put in the extra trainings to get that because he hasn't had the game time that some of the others have done, and it's great to see him back to his leading best," he said.

Baber hopes Semi Radradra, Aminiasi Tuimaba and Vilimoni Botitu can also join them ahead of the Olympics, but said logistics are proving to be difficult.

"With all the support that everyone has given us, I've never had to do something as difficult as this in relation to getting players over from overseas, what that entails in relation to quarantine, hotels, flights, visas, exemptions, the whole thing has been a logistical challenge and still at this point, I can't tell you if that it's going to happen."

The challenging situations the teams continue to face will be channelled into their performance on the rugby field, Fuli added.

"We are facing tough times even in normal life like facing the pandemic of Covid-19, we have to endure, we have to go through it, we have to test ourselves against those kind of situations and bring that into the rugby field. This is another challenge."