Tongan parliament live broadcast censored; Papua movement donates to Melanesian independence group, schools in Wallis and Futuna have reopened for the most, and more. 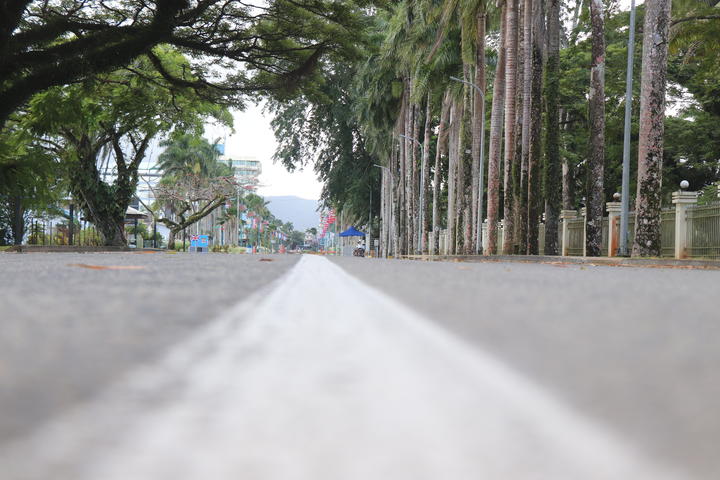 Tonga's parliament suppressed the live broadcast of its response to criticism from the King.

It's the first sitting of parliament since King Tupou VI questioned the honesty, integrity and abilities of the members in opening the 2021 to 2022 session, on 6 May.

A response to the King's critical speech was top of the agenda.

But, Matangi Tonga Online reports that members sought to avoid public scrutiny and voted 18 to 2 to stop the live broadcast of the reading and debate of the House's draft letter to the King.

This meant the members comments or amendments to the draft response would not be heard by the public.

The lack of a properly constituted New Caledonian government is alarming, says an employers' organisation in the country; MEDEF.

Its leaders spoke out after newly elected ministers failed for a fourth time in three months to elect a president - a necessary step before the new administration can assume its powers.

An MEDEF spokesperson said the situation was unbearable as public sector payments had been delayed and investments reduced.

Without a government, the budget was drawn up by the French High Commission, and according to MEDEF investments have been halved to $US45 million, which would hurt the construction sector.

MEDEF also said the hospital has huge debts with suppliers, forcing them in turn to take out loans.

The previous government fell in early February when the five pro-independence members of the 11-strong collegial government resigned.

Congress then elected a new government with six pro-independence ministers, but they have yet to agree on who should be president.

The Pacific Dance Festival launches in Auckland tonight after last year's event was cancelled because of Covid-19.

This year the festival is hitting the road and expanding into Rotorua and Gisborne.

He said new partnerships with festivals outside of the traditional season will also give more performance opportunities to Pasifika dancers.

The festival's programme will run from 1 to 29 June.

Fiji has recorded another two Covid-19 cases as the lockdown in the Suva area continues.

Both cases are asymptotic and are in isolation.

The first is the husband of a previous case from the Vunimono cluster and the second is a healthcare worker, whose infection was picked up during routine testing.

The health authorities say there are 51 active cases, with two of them in intensive care.

The lockdown declared for Suva and Nausori last Friday ends Wednesday at 4am local time.

Since the start of the pandemic last year, Fiji has had 174 Covid-19 cases.

United Liberation Movement of West Papua has donated $US10,000 to the Melanesian Spearhead Group.

The Movement's representative in Vanuatu Freddie Waromi said the funds were meant to help the MSG Secretariat in Vanuatu, which has been supporting the ULMWP's campaign for independence from Indonesia.

Mr Waromi said in making the latest voluntary contribution, his movement recognised the vision of the MSG leaders and the spirit of Melanesian brotherhood and respect.

The ULMWP, which is an MSG observer, applied for full MSG membership two years ago.

Mr Waromi said people of West Papua praise the MSG member countries for their continuous support in the struggle of their Melanesian brothers in West Papua to get their independence and to become full member of the MSG.

The Fiji National Provident Fund has extended the lockdown relief for its members to the end of the month.

He adds more than 14,600 members have accessed this relief and have been paid $US1.5 million.

He also said members only qualify if they are not accessing any other FNPF Covid-19 relief.

Schools in Wallis and Futuna have reopened for the most senior students after a two-month shutdown over a Covid-19 outbreak in the community.

The French territory went into a lockdown in early March which was eased a week ago.

Preparations have been under way for a full resumption of all classes, which is expected next Monday.

The outbreak, which infected more than 400 and killed seven people, has abated and only two active cases remain.

A vaccination drive launched in March inoculated hundreds of people a day, but once it had reached half the population, the uptake has slowed.

A leading New Caledonian pro-independence politician has criticised the staggered release of a key French paper over the implications of the next referendum.

Paris has promised a fresh outline of what a yes or no vote in the next referendum will mean for the territory.

Gilbert Tyuienon told local television sharing the document first with a small circle of local top politicians, who met the French overseas minister on a retreat last year, is not a good method.

The paper has not been made public.

A third and final independence vote under the terms of the Noumea Accord will have to be held before October next year.