Samoa's election results have been confirmed with 25 seats each for the incumbent HRPP and newcomer FAST, with the final seat holder yet to confirm allegiance.

The Fa'atuatua i le Atua Samoa ua Tasi (FAST) party leader says final negotiations are imminent with an independent MP who may hold the balance of power.

Fiame Naomi Mata'afa said she and the MP for Gagaemauga #1 will meet early in the coming week to further discussions.

Fiame said she and Tuala Tevaga Ponifasio agreed to wait until election results were confirmed, which happened on Friday night.

She said the point of an election was to conclude the membership of parliament and then the formulation of government which will be discussed with Tuala.

"So obviously with where the numbers lie, that will be determined where Tuala Ponifasio moves."

But Fiame said there may also be legal issues to be resolved.

"Of course there will be legal challenges and they may in fact impact on how the parliament sits but that can only happen when it happens but the business of formulating a government is the thing that needs to be done."

Lawyers are likely to head to court this week as incumbent HRPP and FAST party leaders focus on formulating a government.

Tuala Tevaga Iosefo Ponifasio is a lawyer and matai (chief) from Saleaula village on the north coast of Savai'i. 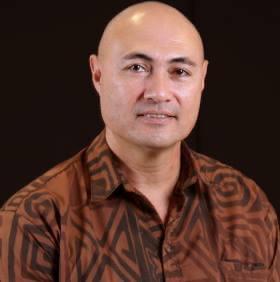 The businessman and Samoa Returned Services Association president has contested every election since 2006 with this being his first successful ballot.

Tuala had been banished from his village following the 2016 election for filing an electoral petition against the successful candidate Sala Fata Pinati. He was subsequently convicted of bribery and treating in a private 2017 prosecution which was later quashed on appeal in 2019.

In September 2020 he forced the government to amend the Electoral Act after he challenged changes which would disadvantage new candidates.

The new MP for Gagaemauga 1 has said he'll put the needs of villages in his constituency ahead of offers from other parties and that he will consult widely with local matai before making a decision on which party can rely upon his support for the next five years.