The United Liberation Movement for West Papua says it is adopting a provisional constitution for a democratic state. 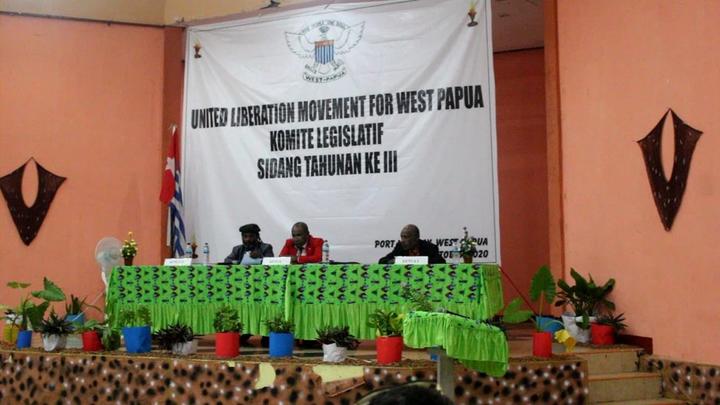 The organisation is pursuing a referendum in West Papua on independence from Indonesia.

The Movement's Legislative Council had been holding its third annual session in Jayapura.

It decided that the Movement's by-laws should be upgraded to provisional constitutional status, as part of the journey to achieving independence.

The Provisional Constitution would establish a government guided by rules and norms of democracy, human rights and self-determination.

The Movement said every element of the Provisional Constitution was democratic, and designed to protect West Papuan culture and way of life.

It also said as well as the rights of indigenous Papuans, customary land ownership and gender equality, the constitution defended the rights of Indonesian migrants in West Papua.

It also said it established protections in law for the environment, all religions and every living being.

"We have learnt from the world the need to protect and build education, healthcare and renewable energy," a statement from the ULMWP executive said.

To date, Indonesia's government has ruled out a referendum on West Papuan independence.

It had also condemned the leadership of the ULMWP's chairman Benny Wenda, saying Papuans already freely elect their own leaders within the Indonesian republic.

However Wenda's recent call for Indonesian military forces to pull back from Papua was echoed by Papuan churches who wrote to President Joko Widodo, concerned about security forces' crackdowns on student protests.

Meanwhile the Movement's congress adopted a resolution that, "fully accepts and supports the political positions taken by the people of West Papua in their rejection of the Law No. 21, 2001 on Special Autonomy for Papua".

"We are not going to bow down to Jakarta's renewal of so-called Special Autonomy. We are reclaiming our sovereignty from Indonesia," the ULMWP said in a statement.

"We are working towards establishing a government in West Papua, a government that can lead us to our goal of a referendum and beyond."