The Cook Islands is expecting a formal declaration of its sea borders to help in the battle against illegal fishing.

The far-flung island nation, which includes 2,000,000 square kilometres of ocean, has been working for several years to establish its maritime boundaries and that work was finally completed this month. 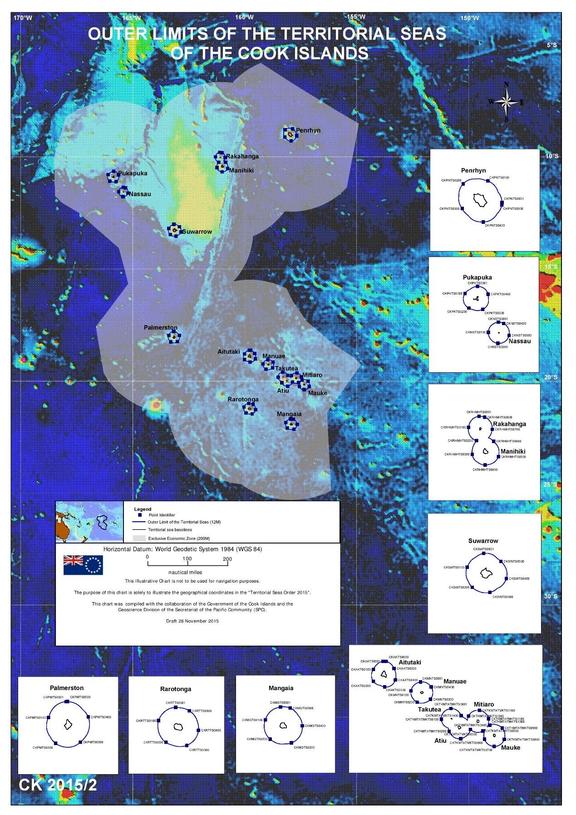 The director of treaties and oceans at the Ministry of Foreign Affairs, Josh Mitchell, said it had been difficult to bring illegal fishers to justice in the past ''because they will argue 'well we didn't quite know where the line was'".

The geographic coordinates were being passed on to the Division for Ocean Affairs and the Law of the Sea at the United Nations.

"There is no excuse for countries or companies or fishing vessel owners to not know where the boundaries are," he said.

The boundary limits were passed into Cook Islands law earlier this month.

The geographic data will be gazetted at the UN and internationally recognised under the Law of the Sea.

While policing lucrative fishing grounds was an immediate benefit for the Cook Islands there was also another, more existential, reason why the international recognition was important, according to Mitchell.

"This risk of potentially losing boundary lines or losing maritme jurisdiction because of sea level rise caused by climate change."

He said just over half of the 16 Pacific Islands Forum countries have formally established their maritime boundaries.

While the work had been slow-going so far, new advances in satellite technology were helping to speed up the process, he said.