The New Zealand Defence Force is resuming aerial patrols in the Pacific following concerns about illegal fishing in the region. 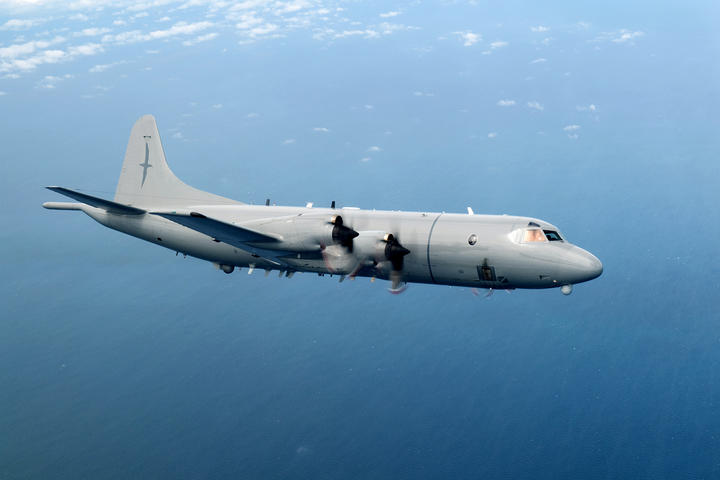 Crew on a RNZAF P-3K2 Orion will undergo aerial patrols over waters around Niue and the Cook Islands to detect illegal fishing Photo: NZDF

A Royal New Zealand Air Force (RNZAF) Orion is this week carrying out aerial surveillance over the Exclusive Economic Zones of Niue and the Cook Islands.

Over the years RNZAF crews have routinely carried out patrols in the Pacific in coordination with maritime patrols by host nations.

However, due to travel and border restrictions put in place as part of the response to the Covid-19 pandemic, the frequency of patrols reduced and there are concerns illegal activity may be going undetected.

Patrols are now resuming, with the Orion given permission to carry out overnight logistics stops in the Cook Islands, so three days of patrols can be conducted in the remote eastern Pacific.

Air Component Commander Air Commodore Tim Walshe said air crews would continue to follow health guidelines such as screening prior to departure as well as personal hygiene measures and careful restrictions on movements while in the Cook Islands.

He said any other local requirements of the Cook Islands would also be strictly observed.

"The Orion crew will detect and report illegal, unregulated or unreported fishing activity within the Exclusive Economic Zones of Niue and the Cook Islands.

"We routinely support Niue and the Cook Islands with patrols and are resuming these given current uncertainty about illegal fishing activity. If it is the case that illegal activity has increased, that has implications for the sustainability of fish stocks.''

"And just the simple fact that there has been a vacuum in presence creates the opportunity so naturally there will be a concern by these countries that this sort of predatory behaviour can be undertaken.

"So, it's important for us to get that presence because our presence in there is a deterrent."

The Orion squadron will be back working with the Forum Fisheries Agency and maritime safety authorities,

Mr Walshe said the crew would also take the opportunity to look for unreported or undetected pleasure craft that were potentially being used for transnational organised crime such as drug smuggling.