Pacific islands continue closing gaps in monitoring, control and surveillance of commercial tuna fishing in the region - with Australia playing an important role in the expanding surveillance program. 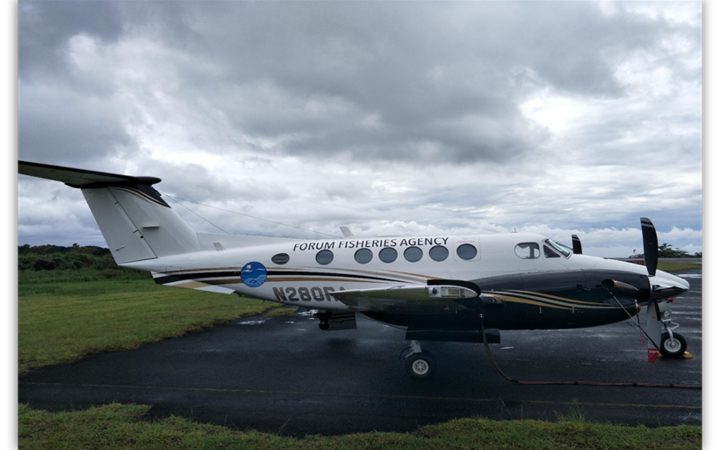 The challenge is simple: Pacific island nations cover millions of square miles of ocean with only a handful of patrol boats to enforce fisheries rules.

The result: An ongoing and significant level of illegal fishing that is estimated to cost the islands hundreds of millions of dollars a year in lost revenue.

Tevita Tupou, Coordinator of the Forum Fisheries Agency's Regional Aerial Surveillance Program, explained it this way - Marshall Islands waters are three times the size of the American state of Texas. And the Marshall Islands has one patrol boat. Therefore, it's like having one police car to monitor all of Texas.

Now, with Australian funding, aerial surveillance of Pacific waters is expanding to its highest level ever.

"I'm grateful to President Hilda Heine, Minister Momotaro and the government here for its continued support to FFA and the region," said Tupou-Roosen.

"It sets the scene for other FFA countries coming on board [to access] this platform for aerial surveillance."

Tupou and Steve Masika, the Aerial Surveillance Planning Officer, were in Majuro for the past week developing details of the fisheries monitoring program with Marshall Islands Marine Resources Authority Director Glen Joseph and fisheries department staff.

He described it as a "long-term commitment" by Australia to fisheries surveillance, which also includes provision of patrol boats to FFA members and information sharing and coordination.

The aerial surveillance program will be using two King Air aircraft that are being hired from a US-based company.

"We are going out to all FFA members to ensure they fully understand this opportunity," Tupou said.

"The aim is to make the process work smoothly."

Joseph said the visiting FFA team briefed the Cabinet, and met with Sea Patrol, Customs, Immigration and the Ministry of Foreign Affairs as part of its outreach.

He said the program would add value to ongoing monitoring, control and surveillance work.

"We welcome Australia's contribution to security in the region," Joseph said.