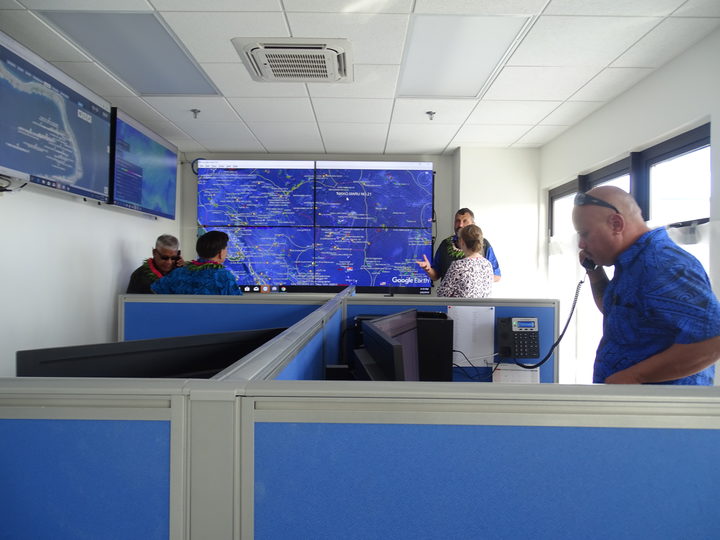 She joined Marshall Islands President Hilda Heine and more than a hundred government and business leaders at the grand opening of the new US$3 million headquarters building for the Marshall Islands Marine Resources Authority in Majuro.

The new building "is a milestone achievement," said Natural Resources and Commerce Minister Dennis Momotaro at the opening ceremony. Momotaro listed the many areas of MIMRA's work, including implementing Ms Heine's call to end illegal fishing in the region by 2023, establishing a "competent authority" for certifying fish for export to the European Union and other countries, and expanding protected area network sites throughout this atoll nation.

MIMRA Director Glen Joseph called the new fisheries headquarters "a beacon of hope and a symbol of self-determination."

After opening the building, Mr Momotaro and FFA Director General Tupou-Roosen signed an agreement to implement a new aerial fisheries surveillance program funded by Australia and managed by FFA for the region. With Friday's signing, the Marshall Islands became the first FFA member to sign, paving the way for use of two airplanes that, with Australian funding, will provide 1,400 hours of aerial surveillance a year in the western Pacific region. This new program is an over four-fold increase in the current 300 hours of aerial fisheries surveillance provided by Australia, New Zealand, the United States and France annually in the region.

Mr Joseph said with the agreement signed, the aim is to engage the new aerial surveillance capability next month to beef up a scheduled regional fisheries surveillance operation.

Immediately following the signing of the aerial surveillance agreement, Ms Tupou-Roosen joined Parties to the Nauru Agreement CEO Ludwig Kumoru to sign an unprecedented cooperation agreement. The seven-page agreement sets a framework for collaboration between these two major players in fisheries management in the region.

"There is a lot of room for working together," said Kumoru. "Where we can share resources, we'll do so, instead of duplicating efforts." 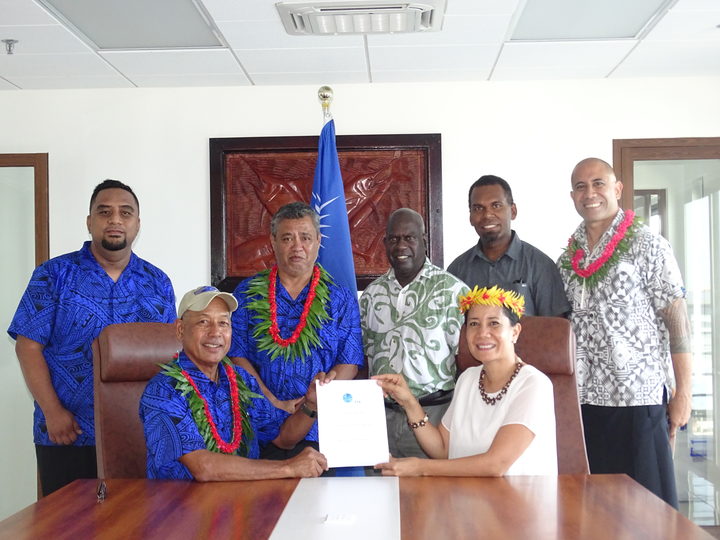 Ms Tupou-Roosen said the opening of the MIMRA headquarters and the signing of the two agreements were "milestones for the Pacific. It's a proud moment for all of us." She said this was all about "good fisheries management that we are seeing across the Pacific."

She said the recent challenges laid down by Marshall Islands President Heine - to end illegal fishing by 2023 - and by Federated States of Micronesia President Peter Christian - to implement 100 percent electronic monitoring of longline vessels fishing in the region, also by 2023 - were "bold moves by two visionary leaders setting targets. We're committed to meeting these challenges."