A group of West Papuan political prisoners just released from jail have paid tribute to a human rights lawyer who died last week. 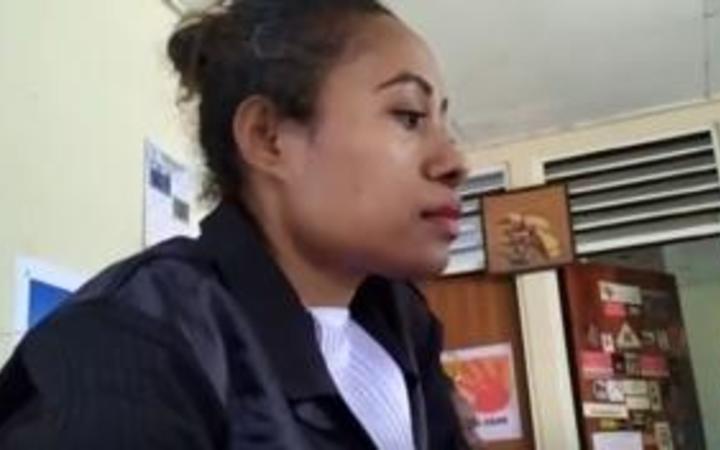 Yuliana Yabansabra had worked for the so-called Balikpapan Seven, West Papuan men who were jailed by an Indonesian court on treason charges for their role in anti-racism protests last year.

Four of the prisoners returned to Papua's provincial capital Jayapura at the weekend - including Buctar Tabuni, a leading member of the United Liberation Movement for West Papua.

They went to pay their respects to the family of the late Yuliana Yabansabra at a funeral home, before attending a large public prayer ceremony at Cenderawasih University.

The 35-year old is understood to have died from breast cancer which advanced quickly in recent months.

Tribute paid to Papuan human rights defender Yuliana Yabansabra as she was buried in her village of Kendate, near Depapre in Papua, 22 August, 2020. Photo: Supplied

Her illness did not stop her committed work during the difficult stages around the Balikpapan Seven's trial a couple of months ago.

The young lawyer recently told RNZ Pacific she had been subject to cyber harassment and a physical assault.

Another Papuan lawyer Ganius Wenda, who had also represented the Balikpapan Seven, died earlier this month. 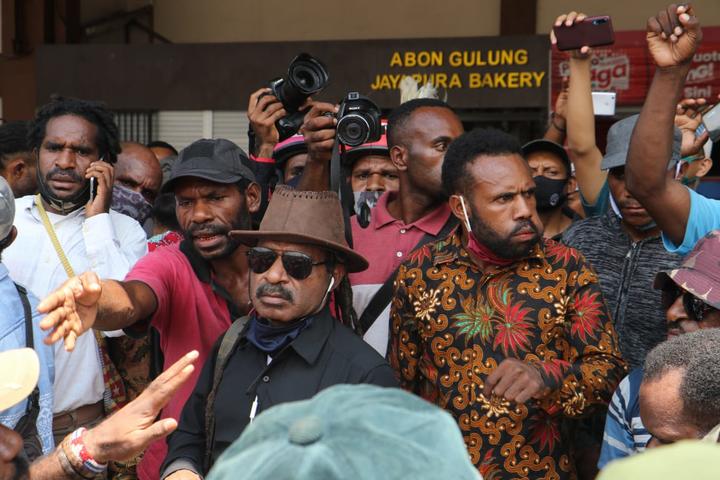 Tabuni said he wanted to pay respect to the career of Yabansabra and her hard work in protecting human rights of West Papuans.

He told Suara Papua that he hoped the people of Papua would also gain an appreciation of her efforts, and mourn in peace.