The Fiji men's football team are using the Covid-19 shutdown as an opportunity to refine their playing style ahead of next year's FIFA World Cup qualifiers. 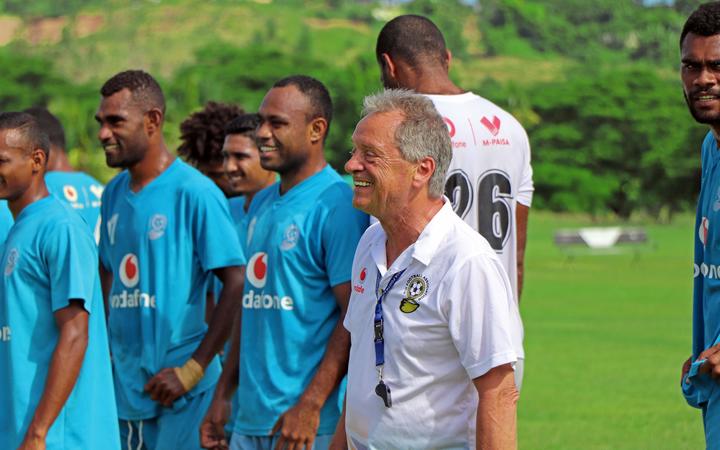 A 30 man training squad began a week-long camp in Ba yesterday under new head coach Flemming Serritslev, with around the half the players yet to play for the Bula Boys at senior level.

"Mostly likely next time we will try some other very young players in the camp. If they are good enough then they are also old enough."

Serritslev is still awaiting his first match in charge after Covid-19 brought a halt to the international schedule but has been an avid viewer of the Vodafone Premier League, which resumed in July after a four month hiatus.

"I feel I have a very good overview of the players available who could be names for the national team," he said

"I've seen a lot of matches up to now - we had this tournament called 'Battle of the Giants' where I could watch 12 matches in three days - so it's been good for me." 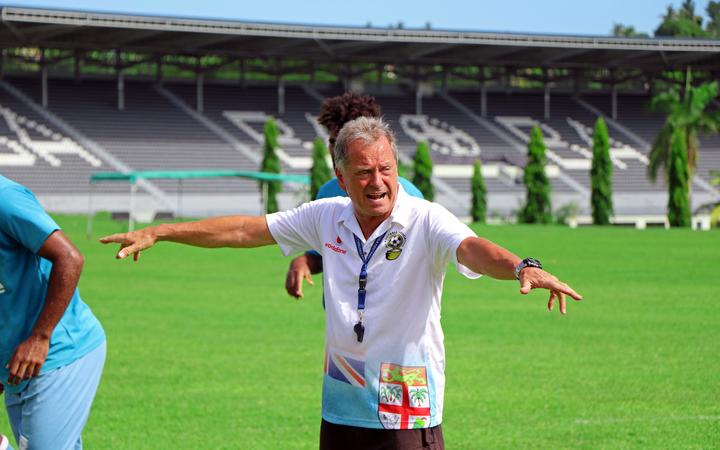 The former Papua New Guinea men's coach said he does not think any of the Fijian players currently in New Zealand are better than what is on offer in Fiji right now. He has been tracking Canadian-born defender Nicholas Prasad, who debuted for Fiji last year and is playing regularly for Bischofswerdaer FV 08 in the German fourth division.

Serritslev said border restrictions mean he could not be selected right now but his team manager has been in contact with the 24 year old.

He's also relishing the chance to bed in his preferred playing style and wants to see Fiji playing on the front foot.

"I really prefer to play a fast game on the ground with fast combinations where you don't pass the ball so many times," he said.

"It's not about playing long balls at all but we have the philosophy that if you can play the ball forward to a teammate then we play forward. We are not resting very much in defence and midfield - if we see the opportunity to play forward we play forward."

Fiji football's golden boy Roy Krishna is among the players being put through their paces at the Fiji FA Academy this week.

So glad that Fiji Football is setting up an academy in my hometown Labasa which is due to open in December. Got a quick brief about their future plans & current initiatives. We definitely have a promising future ahead of us. #fijifootball pic.twitter.com/PXrNsw8MBx

The national captain returned home in March after captaining ATK to the Indian Super League title and is due to return to the Kolkata club (now known as ATK Mohun Bagan FC) in time for the new season kick-off in November.

"As far as I know they have asked him to come back at the end of next month but I'm sure it's depending on the situation in India, in some place the situation is not very good," Serritslev explained.

Oceania World Cup qualifying was originally scheduled to begin next month but was pushed back to March as a result of Covid-19.

Flemming Serritslev is optimistic he'll be back issuing instructions from the sideline within six months.

"The FA already is speaking to Tahiti because they have been facing each other before here and it looks as if Tahiti could be a possibility to come here and play."