Majuro - Although the Marshall Islands extended its border closure through September 5, over 100 US Army Reagan Test Site workers have been repatriated since June as part of an ongoing exemption to allow "mission critical" workers stranded in the US to return to the missile range at Kwajalein Atoll. 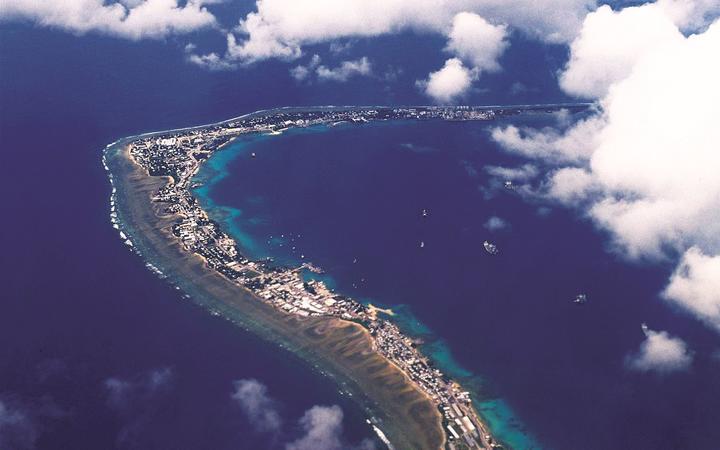 This week, plans for repatriating Marshallese stranded in the United States and other coronavirus-affected areas picked up steam, with the government's Cabinet considering options and the government Chief Secretary announcing a three-day "full-scale exercise" late next week "to test law enforcement response to Covid-19 and first responders' efficiency" in preparation for the possible need to contain spread of the virus if it is introduced during proposed repatriation of Marshallese now stranded in the US.

To date, the Marshall Islands is one of about a dozen countries worldwide, mostly in the Pacific, that have not had a case of Covid-19.

But consideration of repatriation of over 200 Marshallese in the US, which continues to see the largely out-of-control spread of the virus, has put Majuro leaders on edge. Majuro Mayor Ladie Jack indicated early this past week the local government wants to suspend domestic air service between Majuro and Kwajalein over concern about potential spread of Covid-19 if people repatriated through the Army base test positive.

To date, there have been no positive cases during a mandatory three-week quarantine for incoming US Army workers at Kwajalein. Of 109 who have been flown in from the Hawaii since June 9, 65 have been released, 43 remain in quarantine, and one was sent back to the US due to discipline issues during quarantine, according to a Ministry of Health tally of the Army-managed repatriation.

The first Marshallese non-base worker to return to the Marshall Islands from the US since the border closure on March 8, flew into Kwajalein earlier this week on military transport and began a 21-day quarantine. He is the first of six Marshallese who will come in through weekly military flights for quarantine at Kwajalein this month before being released based on negative Covid-19 tests to return to their families and work on Ebeye or Majuro.

As the Army's repatriation process continues, the Marshall Islands Cabinet is considering options for repatriating over 200 more Marshallese stranded in the US, according to Chief Secretary Kino Kabua.

She said additional information on options, logistics and cost of repatriation was being presented to the Cabinet at the end of this past week. "Part of the process also involves consultations with the Majuro and Kwajalein leadership before Cabinet makes a final decision on the repatriation of our stranded citizens," said the Chief Secretary.

Kwajalein leaders are supportive of the ongoing repatriation program by the Army and want to see it extended to Marshallese civilians. "We've been briefed by the Army and we see it working," said Kwajalein Nitijela Member David Paul, adding the Army has established an excellent system for repatriating people that involves quarantine and multiple Covid-19 tests, prior to departure from Honolulu, on arrival in Kwajalein, and during the quarantine period.

But some Majuro leaders have expressed concern about repatriation plans.

Although the Army workers and now six Marshallese civilians will go through the Army-controlled quarantine system, the larger-scale repatriation of Marshallese now in the US would likely involve quarantine in Majuro in Ministry of Health and Human Services managed facilities.

The Chief Secretary said that if a repatriation plan is approved by Cabinet, "only small manageable batches (of people) will be allowed in." All people returning would be subject to "strict and required quarantine and protocols to follow prior to arrival and upon arrival."

To date, only those returning from places without Covid-19, such as the Federated States of Micronesia, have done a 14-day quarantine in Majuro.