Two Marshall Islanders who drifted at sea for 42 days and seven others have returned home, the first people allowed into the republic since a March travel ban was enforced to ward off Covid-19. 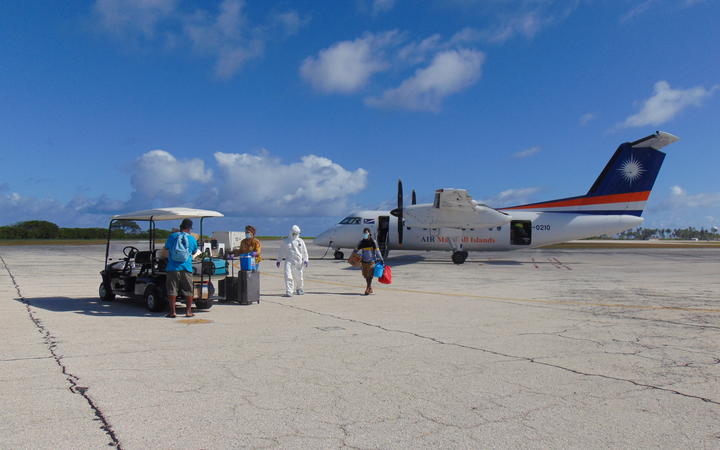 Godfrey Capelle, Connielynn Paul and Benjamin Thomas with a US Army official on arrival at the Kwajalein airport Photo: Hilary Hosia

They were greeted on arrival by authorities wrapped in full-body personal protection equipment and were tested for Covid-19 at the airports on Kwajalein and Majuro, then placed into 14-day quarantine.

The two fishermen from Ebeye Island, Godfrey Capelle and Benjamin Thomas, survived an ocean drift of over 1,600 kilometres before washing up on Namoluk Atoll in the Federated States of Micronesia on 14 May.

Their repatriation was complicated by international and domestic Covid-19 travel bans in the FSM.

Ultimately, they were transported by a FSM surveillance vessel from Chuuk to Pohnpei in order to be in place for the arrival Thursday of an Air Marshall Islands charter flight dispatched to collect them, and seven others who had been stranded in Pohnpei since the travel ban went into effect 8 March.

"The fact that FSM is Covid-19 free has allowed for consideration by the National Disaster Committee to allow the repatriation of these Marshallese," said government Chief Secretary Kino Kabua.

Details about the 42-day ordeal of the Ebeye fishermen were not available as they were put straight into quarantine at the US Army Garrison, Kwajalein Atoll on their return Thursday.

At Kwajalein, they were joined by Ebeye resident Connielynn Paul, who was one of the seven others returned from Pohnpei.

The other six were flown to Majuro, where they also were put into a special government quarantine facility. 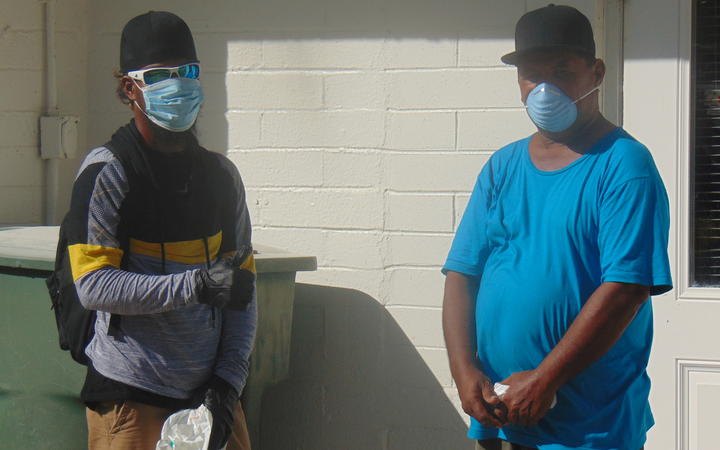 Mr Capelle asked authorities at Kwajalein for a cell phone so he could call his wife on Ebeye Island, nearly five kilometres away from the US Army base.

Already away for two months from their families, Mr Capelle and Mr Thomas won't see their nearby relatives for another 14 days until released from quarantine.

All nine Marshall Islanders were tested for Covid-19 in Pohnpei prior to boarding and tested again on arrival in Kwajalein and Majuro before starting the 14-day quarantine, said Ms Kabua.

"Director of Public Health Frank Underwood advised the National Disaster Committee that although the FSM is Covid-19 free and there is little risk, the Marshall Islands should still take extra precautionary measures," she said.

Thursday's first repatriation of islanders is the start of a plan that will likely see the return of several hundred stranded Marshall Islanders in the United States and other countries, as well as hundreds of US Army base personnel stranded because of the travel ban that will hit the three-month mark in early June.

"Early next month, the (government) will initiate discussions on the arrangements, including protocols, for Marshall Islands citizens stranded in Covid-19-affected countries (to return home)," said Ms Kabua.

"Part of this major decision to eventually allow our citizens back home will be contingent upon the completion of the quarantine, isolation and laboratory facilities on Majuro, where the main quarantine activity will take place.

"Return of citizens will need to be done in batches of manageable numbers."

The Marshall Islands remains one of a few nations globally without a confirmed case of Covid-19. 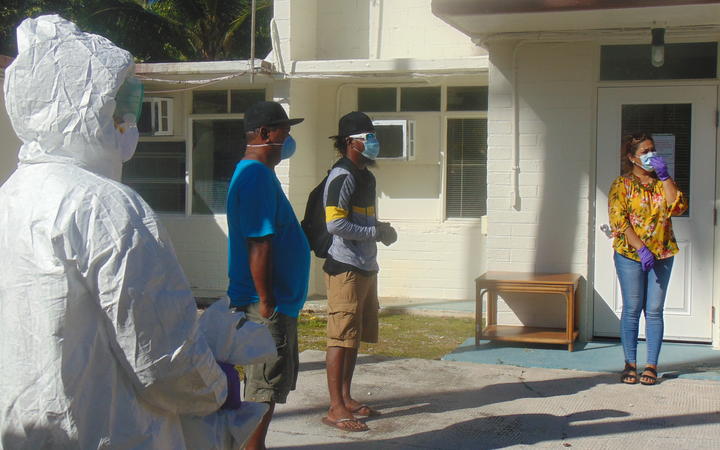 The two Ebeye fishermen who survived a 42-day drift at sea and another Marshall Islander went into a 14-day quarantine at the US Army base at Kwajalein Photo: Hilary Hosia