The International Committee of the Red Cross (ICRC) in Papua New Guinea has been helping health workers deal with stress brought on by Covid-19. 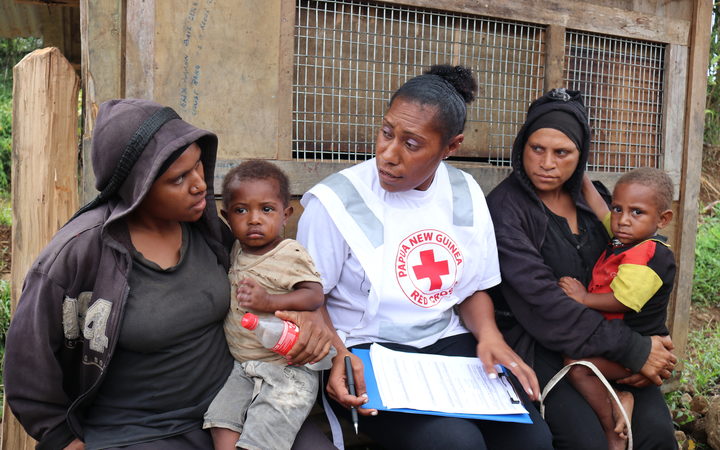 A Red Cross volunteer talks with two widows whose husbands were both killed in a landslide following the earthquake. Photo: Supplied/ ICRC

It has held four workshops throughout PNG to address growing mental health concerns among front-line responders.

She said there had been many stories about the coronavirus circulating in the community which the health workers had had to confront, along with their own fears.

These had been heightened by the revelation of more cases in Port Moresby, she said.

"The levels of fear and anxiety are much higher and I think with health workers, who will be in the front line, it will be a very significant mental health challenge for them - both dealing with your own emotions [because] when you are stressed yourself it is much harder to deal with the emotions of others," Blackman said.