Papua New Guinea's Mineral Resources Authority (MRA) says it will ensure houses built for the relocation of Woodlark Village are up to standard. 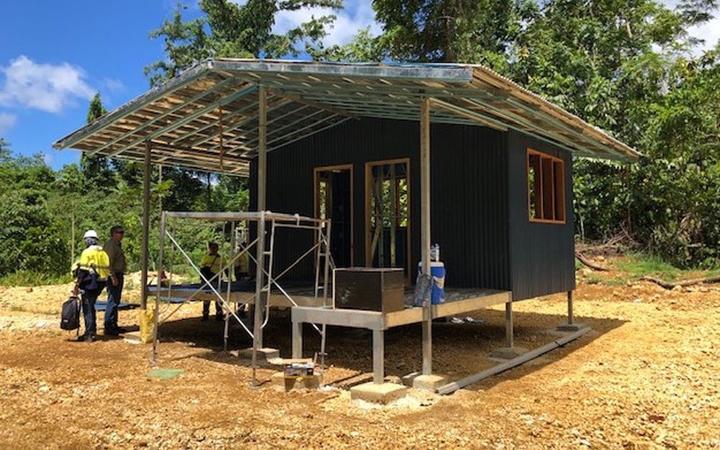 The houses are being constructed by Australian miner Geopacific Resources, which plans to extract 1.6 million ounces of gold from Milne Bay's Woodlark Island.

MRA managing director Jerry Garry told The National he had conveyed disappointment to Geopacific over the style of houses being built.

In a statement, Geopacific said the construction of one bedroom dwellings had "immediately ceased". Geopacific chair Ian Clyne said the company was working with the MRA to use the smaller dwellings already built, "for community outcomes such as women's centres, children's libraries and other worthwhile community objectives".

Mining minister Johnson Tuke said Covid-19 restrictions had prevented the MRA from travelling to Woodlark to perform due diligence. The minister will travel to the island with MRA staff in the next few weeks, "so we can see what the company is doing", he said.

Meanwhile, Mr Garry has moved to allay fears raised by local MP Isi Henry Leonard that the Woodlark Gold Project was fast-tracked by the authority without consent from local government.

A letter has been sent to the provincial administrator assuring him that all discussions on the project "going forward" would involve the provincial government, Mr Garry said.

However, the MRA has not responded to a request for comment from RNZ Pacific on other allegations made by Mr Leonard, including the absence of an environmental permit, a mine development permit and a benefit sharing agreement.