The assurance was given by Chief Election Commissioner Dr. Lealofi Uiagalelei.

Dr Uiagalelei and his deputy Fiti Tavai have told Cabinet the election will take place on the first Tuesday of November, as set by law.

The Election Office has already begun accepting requests for off-island absentee ballots and will do so up until 19 October.

Nominating petitions for candidates running for the Governor, Lieutenant Governor, Delegate to Congress and the American Samoa House of Representatives will be available from 15 June.

A $US600,000 grant from the CARES federal Act is being used for sanitation improvements of 38 polling places. 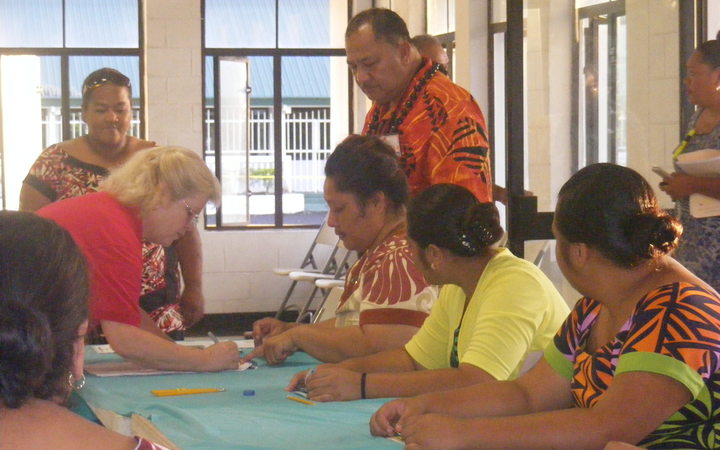 A voter in American Samoa signs on the voter rolling at the Ili’ili polling station. Photo: Fili Sagapolutele