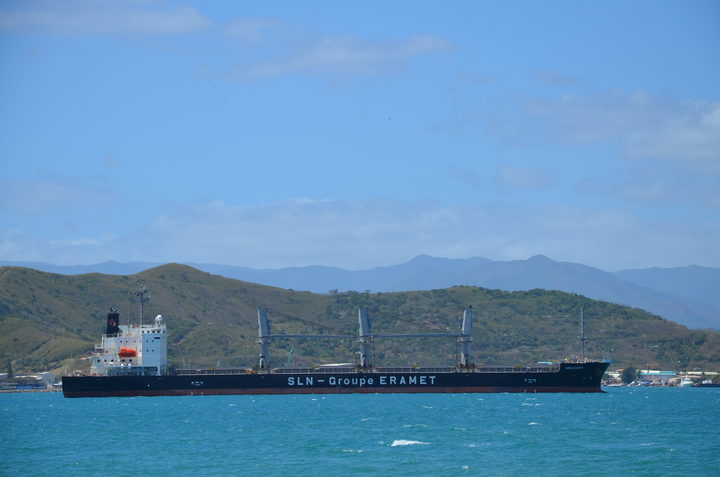 SLN, which is the largest private employer and a subsidiary of France's Eramet, and Brazilian-owned Vale each want to sell two million tonnes of ore because of their financial problems.

Palika, which is one of the factions of the FLNKS movement, issued a statement describing the plan as a disgrace because it shouldn't be New Caledonians that have to foot the bill for the mistakes of multi-nationals.

It said it was unacceptable to sell the ore for a fraction of its value.

The party said an alternative existed.

It said as a finite resource New Caledonia's ore could be processed by Koniambo, which is the third and locally-owned nickel producer, based in the mainly pro-independence Northern Province.

The party pointed out the 'colonial right' gifted the Goro nickel ore deposit to the Canadian company Inco on condition that it was processed in New Caledonia.

Since then Vale of Brazil bought out Inco and this week it was confirmed that Vale was finalising a sale of its 95 percent stake to New Century Resources of Australia.

Part of the sale process was a restructure plan, which involved the ore sale as well as the closure of a nickel refinery with its ensuing job losses.

Palika said Eramet wanted to boost its share price by now selling ore from the Tiebaghi mine when it for years failed to invest in SLN.

Last year, the government already approved a request by SLN to export four million tonnes of nickel ore a year for 10 years.

In 2017, SLN survived a business downturn courtesy of a $US390 million advance from Eramet and a loan of $US240 million from the French state.

In 2016, Vale obtained a $US200 million loan from the French state to avert shutting its plant which at a cost of about $US9 billion is the most expensive industrial site in South Pacific islands.