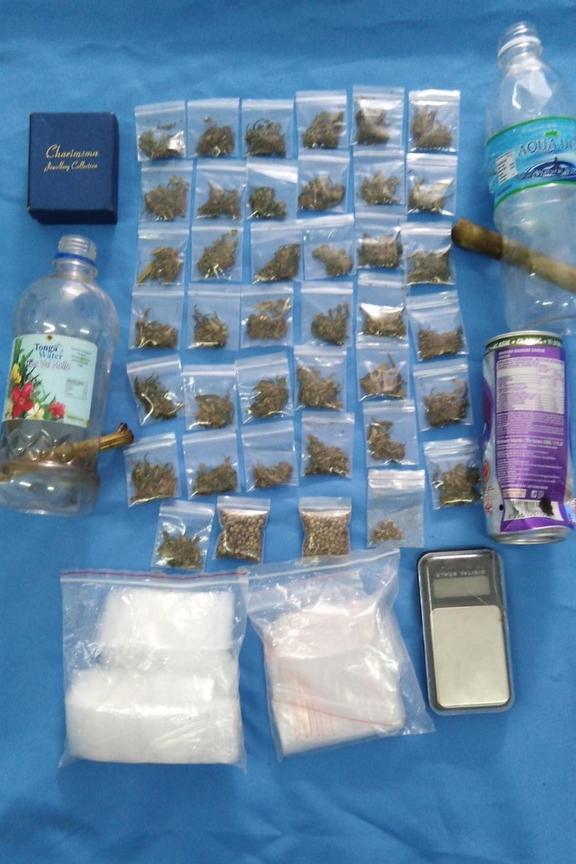 Tongan police have arrested 14 people related to the use and supply of methamphetamine and cannabis.

The arrests were made during operations by the Drug Taskforce between Friday and Wednesday.

They took place in eight different locations across Tongatapu.

During the arrests just under five grams of methamphetamine and over 33 grams of cannabis were seized.

The arrested were between 17 years and 41 years old.

The were all charged with unlawful possession of illicit drugs and due to appear in court at a later date.

drugs cause and the ongoing criminal activity associated with their use," said Acting Deputy Commissioner, Tevita Vailea.