A tent protest village on Norfolk Island is continuing into its fifth year. 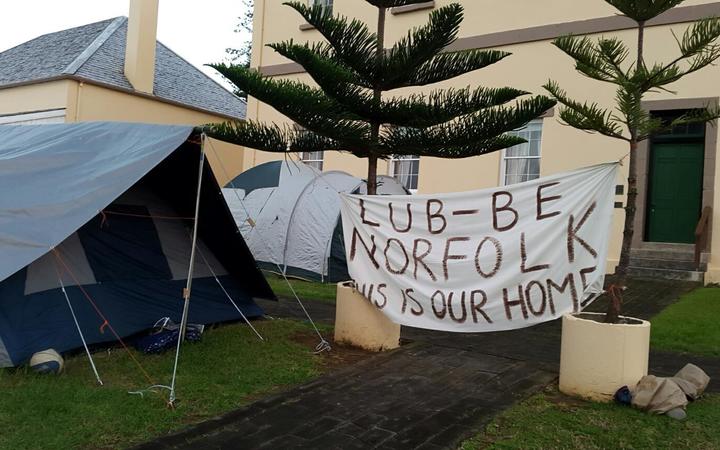 The village's longest resident, Duncan Sanderson, said the protest will continue until Norfolk Island "is listed as a non-self governing territory."

The protest began in April 2016 as the Australia Government took direct control of the island's administration, much to the anger of hundreds of Norfolk Islanders.

Mr Sanderson said he spent most nights at the tent village but managed to get away during the day on occasion.

He said the protest must continue, despite the limits imposed by the Covid-19 shutdown.

"We have still got to do it but usually we get 200 to 250 tourists a month call in to chat with us, but, of course, with no tourists now, it's a different story," Mr Sanderson said.