The Bougainville Government says it will be late next year before a document on the referendum goes before the Papua New Guinea parliament.

In November last year Bougainvilleans voted overwhelmingly in favour of independence from PNG.

It was the final stage of the peace agreement which had ended the civil war. 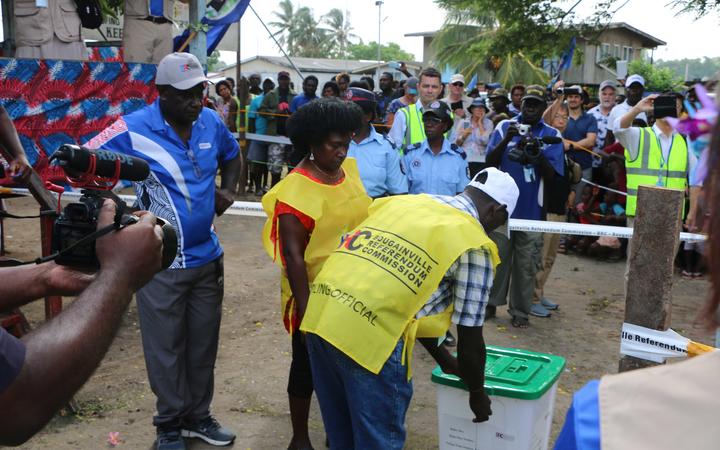 The first ballot box to be used in Bougainville's independence referendum is unlocked in Buka at the start of polling, 23 November 2019. Photo: RNZ / Johnny Blades

But the vote was non-binding and once the new Bougainville government is formed - expected to be, at this stage, in late September this year - formal consultations with the PNG Government will begin.

The Minister for Peace Agreement Implementation, Albert Punghau, has told New Dawn FM, that following a year of consultations the outcome will be presented to the PNG parliament for ratification.