Reports from French Polynesia say a crew member of a French military aircraft that arrived in Tahiti two days ago has tested positive for Covid-19 and that he has been flown out again. 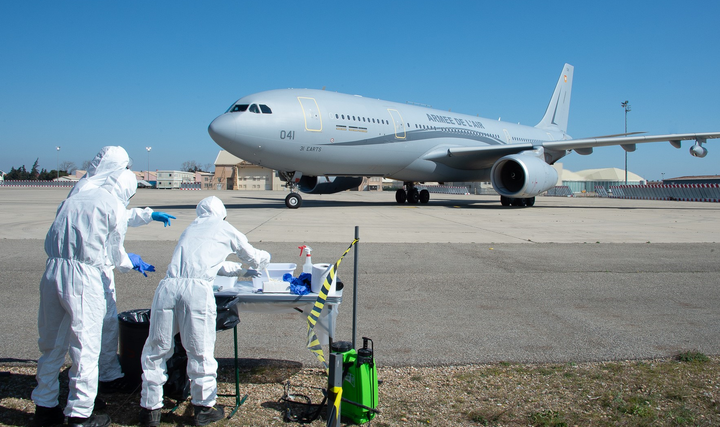 According to Tahiti-infos, the crew had tested negative in New Caledonia where the Airbus A330 plane had stopped over last on its way from France via La Reunion.

The protocol for French military deployment to overseas bases involves a two-week isolation and a negative test result before departure.

The crew was retested in Tahiti which yielded one positive result.

The report said the infected person left this morning.

Tahiti-infos said the Airbus crew remained isolated from others while the aircraft was in Tahiti.

The plane brought an unspecified number of people of a decontamination team to Tahiti who will have to remain in isolation for two weeks.

Last month, a military A400M cargo plane arrived from France for a one-month stay as part of President Emmanuel Macron's Operation Resilience to counter the impact of the Covid-19 outbreak.

The government could not immediately confirm the latest case, saying it was a military issue under the control of the French state but it understood the person in question had left French Polynesia.

However, its latest statement said there were two new infections recorded, raising the tally to 60.