A petition has been launched in French Polynesia asking France to defer the rotation of its public servants because of the Covid-19 outbreak. 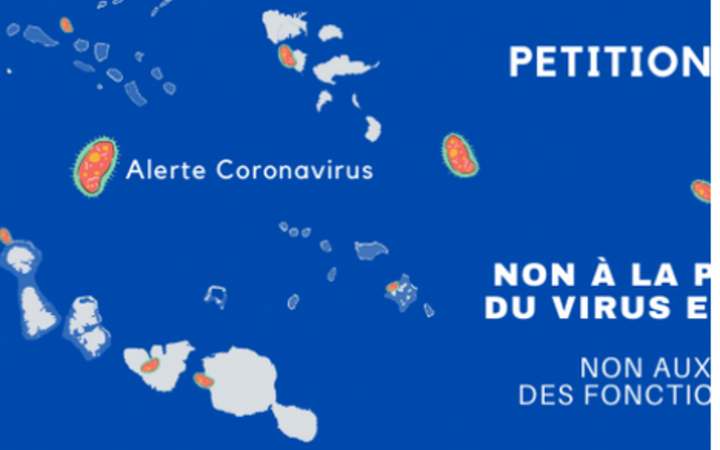 The online petition, which over the weekend was signed by more than 800 people, said French Polynesia had been largely spared the virus and flying in hundreds of French people increased the risk of importing it.

It suggested that given the exceptional circumstances, those deployed now could stay for another year.

Reports said an estimated 1700 new French teachers and their families were expected to be settled in by July, in addition to the about 100 military personnel earmarked for rotation.

In addition, hundreds of French Polynesian residents stranded in France since March are still awaiting an opportunity to return.

It said people who had tested positive for Covid-19 had be free of symptoms for at least two weeks before boarding a flight for Tahiti while others had to stay isolated for two weeks.

While most restrictions have been eased, inter-island travel is still on hold and schools are yet to reopen.

The opposition Tahoeraa Huiraatira said for the safety of children, schools should not reopen before May.

Its leader Gaston Flosse repeatedly criticised the crisis management, saying it was unclear whether the president Edouard Fritch or the French High Commissioner was in charge.

A resident meanwhile approached the highest administrative court in France challenging the legality in French Polynesia of the French decree issued over the coronavirus outbreak.

The court rejected the challenge by Rene Hoffer and affirmed that under the circumstances, the French High Commissioner had been acting within the framework of the decree.

In New Caledonia, a law professor Mathias Chauchat noted that extending French powers in a health crisis was in conflict with the provisions of the Noumea Accord, adding that no law or ordinance could affect the constitution, irrespective of any state of emergency.