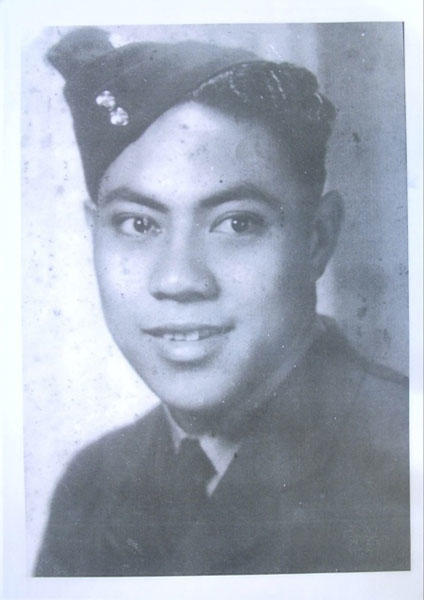 Many families in Tonga will be commemorating their fallen heroes and servicemen from their homes, driveways or workplace at 7am on ANZAC Day rather than at the usual gathering point, the Cenotaph Pangai Si'i.

The annual service for ANZAC Day in Tonga's capital Nuku'alofa has been called off due to the state of emergency currently restricting public gatherings due to Covid-19.

But this won't stop Tongans remembering those that have gone before them.

"He loved to read and had a collection of different kinds of aeroplanes. He had a library room with one section, full of aeroplanes and global maps.

"I remember asking my father why he collected so many aeroplanes and he said while he was studying in Wesley College in Auckland, he read many books about wars and the strategies their heroes used during the war," she said.

"Aircraft was something new to me coming from Tonga, reading about it, talking about it, hearing the sound and putting together pieces to complete an aircraft, it all fascinated me."

Mr Tupou graduated high school in 1943 and was transferred to the Royal New Zealand Air Force, where he trained to fly Tiger Moths and Harvards serving the Pacific Region at Laucala Bay in Fiji.

Ms Vaea said her father loved his time in the air force and in New Zealand.

"He told us that the highlight of his service in the New Zealand Air Force was his comradeship and being the only Pacific Islander among many Pākehā air men. 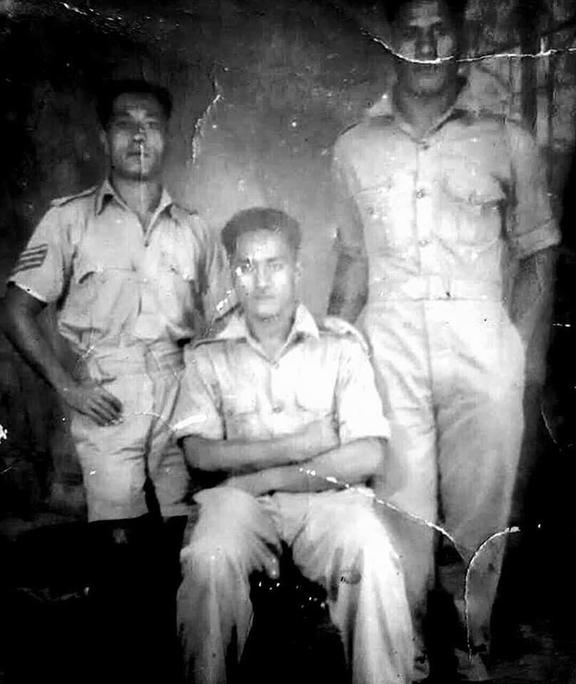 A few of the first Tongan commando troops in the Solomon Islands during the Second World War. Photo: Supplied / Malia Uhatafe

"He said he never once experienced any racism nor special treatment during his years in the RNZAF."

This year Ms Vaea and her family would be commemorating her late father's time at war in their home, marking one minute's silence at dawn.

Malia Uhatafe's late father Siope Tafa joined the army at the age of 20.

He became a lance corporal soldier who was among the first Tongan commando troops in the Solomon Islands during the Second World War. Mr Tafa passed away in 2005 at the age of 77.

Mrs Uhatafe said ANZAC Day was one of his favourite days of the year, as he was very proud to represent his country and be part of a group led by a well-respected man, Lieutenant Ben Masefield, of whom the naval base in Touliki was named after.

"My father always talked about his time at war to us kids. There are nine of us. He spoke about how he got shot in the leg and once he recovered, was sent back to fight," she said.

Late Siope Tafa in his army uniform and wearing his medals ahead of a dawn service in Pangai Photo: Supplied / Malia Uhatafe

Her father also told them about travelling by boat to Fiji and then on to the Solomons.

"He was proud to represent Tonga and didn't feel scared, but he did want the war to be over. He was gone for at least 2-3 years," Mrs Uhatafe said.

"The night before ANZAC Day, he would stay up late getting his uniform ready and cleaning his medals so that they are shiny.

"The army truck would turn up before 5am to pick up my father and take him to the dawn service at Pangai. That was dad's routine each year."

When he died Mr Tafa's medals were passed onto his eldest son, the late Eli Tafa. The medals are now in the hands of Mr Tafa's eldest grandson who is a policeman in Tonga.

For the first time, ANZAC Day services across New Zealand have been cancelled due to Covid-19.

Usually each year the Santos family in Auckland pay their respects to Manoel Santos, who in 1940 enlisted in the 28th Māori Battalion in New Zealand along with his two friends Aleki Leger and Joseph Vailima.

Manoel Santos was born in Kolofo'ou, Tonga in 1915 to Joachim Santos who was Portuguese and Mele nee Ika Hihifo. He worked on the family plantation in Fatai.

The 28th Māori Battalion was part of the fighting arm of the second New Zealand Expeditionary Force during the Second World War and Lieutenant-General Bernard Freyberg who led the division stated, "no infantry battalion had a more distinguished record, or saw more fighting or alas, had such heavy casualties as the Māori Battalion". 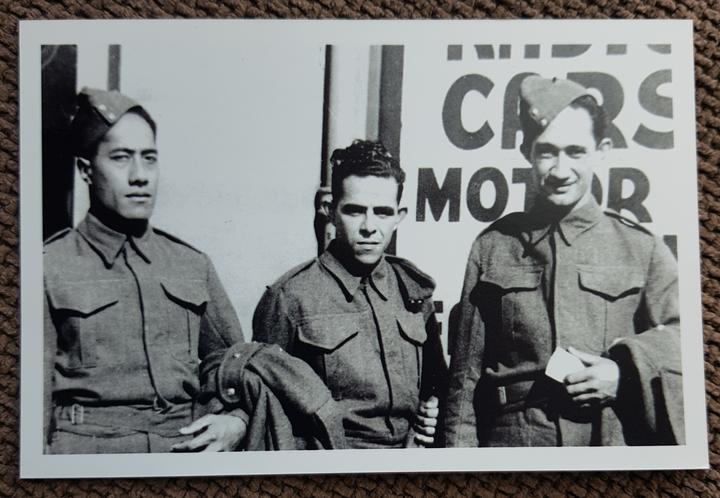 Mr Santos was injured and made his way back to Tonga from Egypt before the war ended.

His wife Uini Santos and 13 children migrated to New Zealand in 1958. In the 1960s, they adopted three more children.

John Santos, son of Manoel and Uini Santos, said his father was a man of few words, but was hardworking at the same time.

"Dad had a strong sense of what was right and was never a man to just sit back, so he knew he had to be part of the battalion.

"He rarely spoke about his time at war though," Mr Santos said.

"Growing up I remember seeing my mother make meals for dad and his two friends he went to war with; Aleki and Joseph. They would have a few beers and reminisce over old times.

"I used to eavesdrop into their stories, but once noticed, I would be sent to bed. Dad remained in close contact with his two mates right up until his death in 1986." 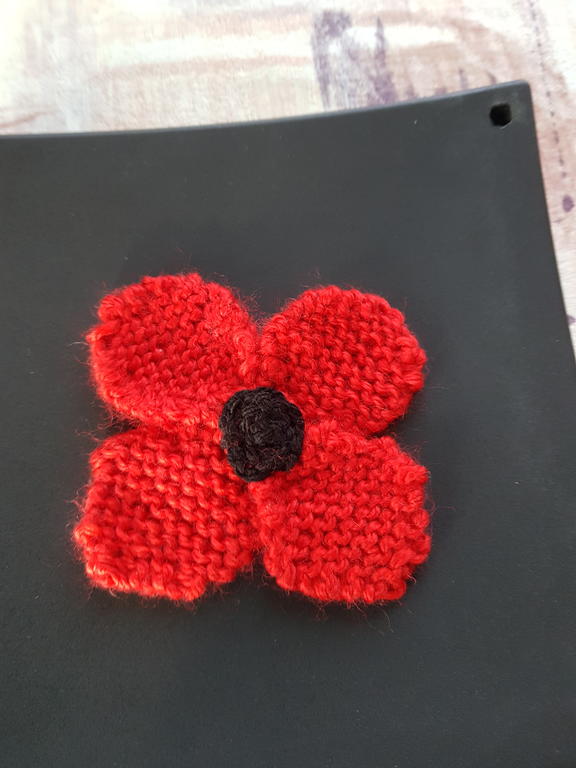 John Santos said every Anzac Day his family visited the Armed Services Section at Waikumete Cemetery and place a poppy on his father's grave.

"This year is different. Seeing we can't buy poppies out in public, my wife decided to knit a special poppy to place on his grave.

"We are a 10 minute walk from the cemetery and will be keeping to the restrictions of Covid-19 over the weekend," Mr Santos said. 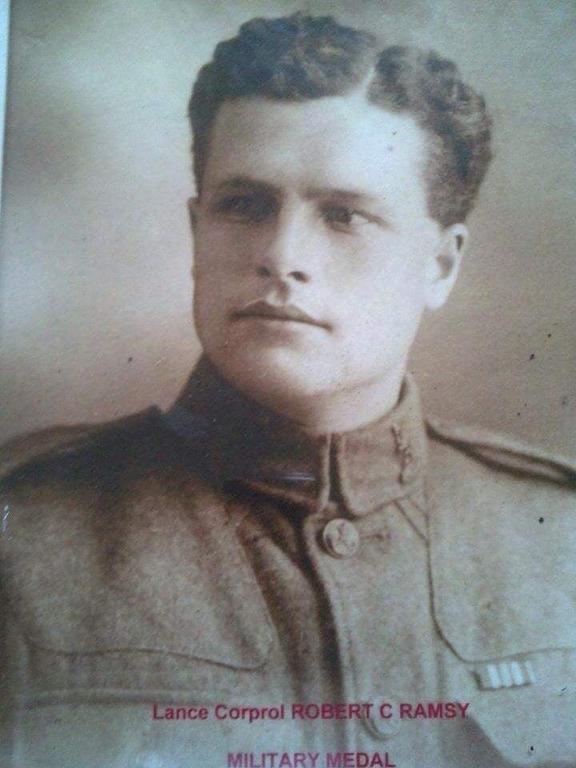 Robert Campbell Ramsay was awarded the Military Medal for his actions during an attack on German guns and tanks in WW1. Photo: Supplied / Tuna Likiliki

Robert was born in England in 1890 and in October 1918 he was awarded the Military Medal for his actions during an attack on German guns and tanks.

Ms Likiliki said the family had always admired his bravery, but also his adventurous spirit.

"Growing up I heard stories about my great-grandfather and how he loved to travel. He went from England to Scotland to New Zealand, then Fiji and down to Tonga to the little Ha'apai island, where he met our great-grandmother."

Ms Likiliki said her great-grandfather's adventurous spirit lived on through his son who started a family domestic shipping company over 60 years ago.

"It's called Tofa Ramsay Shipping and it is still serving Tonga with three generations having worked through the business; my mum took over and I work alongside her running the company."

Ms Likiliki said her family always attended the dawn parades each year, but due to the current restrictions in place in Tonga, each family would gather together in their own homes for family prayers in remembrance of Robert and Charles Ramsay. 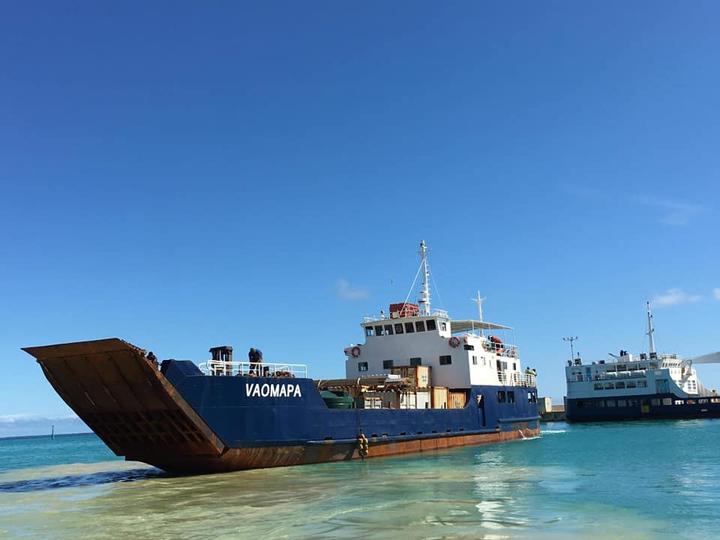 "We enjoyed going to the dawn parade and sitting under the raintree opposite Pangai Si'i, listening to stories from my grandfather about his father.

"I used to dress my two eldest sons up in soldier costumes and they would wear a paper poppy that I would make, and march around Pangai," she said.

"This year we stand at dawn in our homes for my great-grandfather and his brother Charles."

A spokesperson from His Majesty's Armed Forces told RNZ Pacific that the tradition of honouring ANZAC Day with a dawn service would be maintained for HMAF members at each of the three camps in Tongatapu.