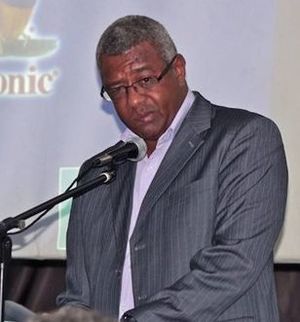 Fiji's National Federation Party (NFP) is demanding the release of its president who was taken into police custody overnight.

Pio Tikoduadua was arrested at his home after posting a video on social media.

NFP leader Biman Prasad condemned the arrest and said the heavy-handed tactics by police were uncalled for.

"What we are concerned about is the way in which police went to his house in the village soon after midnight. Mr Tikoduadua is the president of a political party. He's a member of parliament. He's not going to run away. We feel this is heavy-handed. It is bullying."

He said in the video, Mr Tikoduadua had set out allegations of police brutality in the village of Naqia in Tailevu.

"As a result of this, a young man is alleged to have been thrown off a bridge and is in hospital with serious injuries."

"Mr Tikoduadua called on police to rein in their bad behaviour and the only response...is to arrest him."

"We are in the biggest health and economic crisis since our independence.

"Everyone should be focussing on their health and people are looking at the police to use more common sense and compassion in dealing with people and their complaints with their families and communities. And not to bully people who are passing on these messages."

The commissioner also said he would ensure the investigations were conducted thoroughly and promptly.