A man who runs an inter-island boat service in Bougainville says the public isn't easily adopting measures to prevent the spread of Covid-19.

Andrew Kilvert said he feared the coronavirus could have more of a foothold in the autonomous Papua New Guinea region than authorities claim or know of. 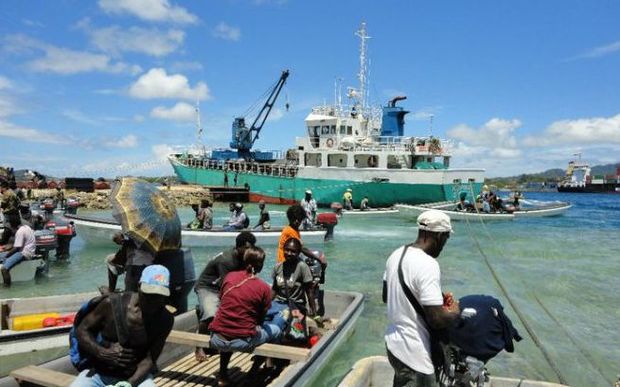 PNG's government had confirmed just one case in the country so far.

Mr Kilvert said an awareness campaign had been running in Bougainville to promote social distancing and good hygene among other measures.

But he said the concept of social distancing ran contrary to Bougainville and Melanesian culture.

"It's because the culture is based around gathering, sharing of food, gifting strangers food; very large clans and extended families; and, you know, trying to implement hand-washing in a country where a lot of people can't afford soap... soap is a low priority on their budget."

Mr Kilvert said in Bougainville people tended not to present themselves for medical help until they were on their deathbed, and that meanwhile the coronavirus could spread easily through the community.

"The benchmark for people here being sick is malaria, which has huge temperatures and is a really debilitating illness.

"So a lot of people who might get covid-19 and just have a mild case of the snffles, will think well that's nothing and just carry on," he said.

The potential for Covid-19 to spread easily in Bougainville was compounded by the lack of health facilities, as well as a lack of capacity to test and treat patients, similar to many parts of PNG.

Mr Kilvert suggested the way Bougainvilleans used transport, in close proximity to others, could also assist community transmission of Covid-19.

This could become even more of a factor as the government urged people to stay home and not go out as part of the measures to prevent the spread of the virus.

"Not to go out for most people means returning to their village. And so to return back to their village they need to cram into the backs of utes, overloaded trucks all crammed with people, or cars or boats or whatever."

As captain of a boat which regularly took people from Buka to Nissan, one of Bougainville's outer atolls, Mr Kilvert said he would be reinforcing messages from police for people to maintain some space from other passengers, and to not board if sick.