The Ministry of Health in Solomon Islands has sent out a memo threatening "termination with immediate effect" for staff who post comments online criticising the government's Covid-19 response.

The memo, dated 31 March 2020, and signed and stamped by the Permanent Secretary of Health Pauline McNeil, said social media discussion could be interpreted in many different ways and could be detrimental to preparedness efforts.

It said the ministry would not tolerate staff posting or engaging in social media discussions related to its Covid-19 response.

It said the regulations were included under the State of Public Emergency declaration made last week and applied to all public servants.

The regulation was covered under Part 5 regulation 26 of the State of Public Emergency declaration.

The last bullet point in the memo reads, " Non-compliance - termination with immediate effect". 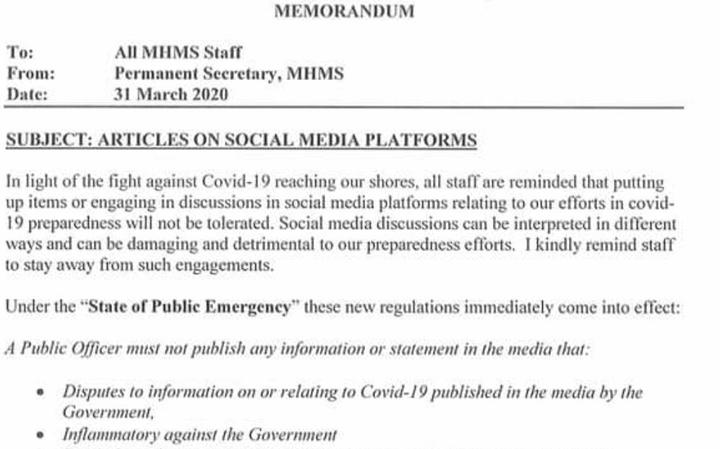