Pacific countries continue to take proactive measures to control the spread of Covid-19 coronavirus in the region, amid the global pandemic. 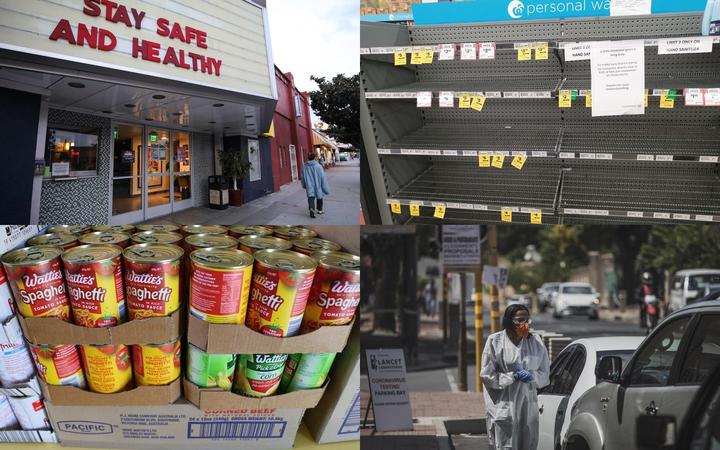 In American Samoa, all schools are closed and gatherings are restricted to no more than 10 people from today.

In a television address last night, Governor Lolo Matalasi Moliga said the government was doing everything to protect people from the coronavirus.

Under the heightened security restrictions, all public parks and sports fields are also closed.

Lolo appealed to the public to heed the instructions.

In Tonga, the government is using a two week border closure to set up essential measures to cope with Covid-19 - should it arrive.

The government has closed the country off to all incoming flights until at least 6 April.

That would be to set up testing facilities, to train people for the response, and to prepare protective measures for health workers.

"There should be ample time for medical equipment and protective clothing for medical officers to be delivered to Tonga on a cargo aircraft, enabling us to be ready for when the virus arrives."

In addition to the training of civil servants, there is also a government move to reactivate community cluster groups that were last formed during the 2018 Cyclone Gita to assist the community efforts, Matangi Tonga reports.

Fiji Airways has suspended all international flights due to the coronavirus crisis. The suspensions will be in place until the end of May.

The airline said the shutdown of its international flights was necessary to respect the various border control restrictions now in place including from its Nadi hub.

However, Fiji Airways said the twice-weekly service between Singapore and Nadi would be the only flights operational.

The airline will also run supplementary recovery flights to Auckland, Sydney and Los Angeles for any remaining passengers wanting to leave and bring Fijian nationals home.

Recovery services to and from Tokyo and Hong Kong are planned for March 27 and March 29 respectively.

Everywhere in Fiji, we need to do better. We’ve announced a ban on any gatherings of 20 or more people. Workplaces, banks, supermarkets, open-air markets, pharmacies and other areas where essential services are offered are okay for now, given you keep a safe distance apart. pic.twitter.com/MLoiPBSTxJ

Meanwhile, Hawaiian Airlines has announced the reduction of its long-haul flights to the US mainland and to American Samoa starting this week, when Hawai'i starts its 14-day quarantine requirement due to the pandemic.

Travellers into the US state will have to serve 14 days in quarantine.

Samoa's government has reopened the air route with American Samoa for two emergency flights to transport US citizens and nationals as well as returning residents to the US territory who were stranded in Apia.

Among them is a group of 10 church ministers and their spouses, as well as two territorial government officials.

American Samoa's governor appealed for flights to temporarily be allowed so that stranded residents could return.

Overnight, Samoa Airways issued a notice saying it would operate two flights from Apia to Pago Pago to address the situation.

The first flight departs Apia today and the second one is tomorrow.

The flights will not take passengers from Pago Pago to Apia.

Meanwhile, the Asian Development Bank is considering the deployment of a $US6.5 billion Covid-19 rescue package for developing countries, including those in the Pacific.

The director general of the bank's Pacific Department, Leah Gutierrez, said she was closely monitoring how the coronavirus was affecting Pacific countries.

The bank was also in discussions with governments in the Pacific to ensure its aid reflected the health and economic priorities the Pacific was facing.