A 19-year-old au pair who was stranded in Rarotonga this weekend is now trapped on her own in Auckland International Airport transit. 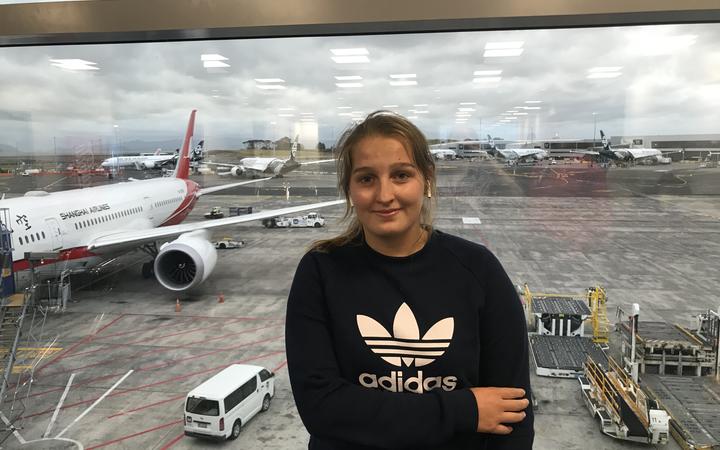 At the weekend, teenager Caja Heinrich became the face of the travel bans shutting down flights around the world.

The young German au pair, on holiday in Cook Islands, told her story to Cook Islands News. She had been barred from leaving here, by New Zealand closing its borders.

Caja, who had been working as an au pair for Aucklanders Scott and Rebecca La Franchie, looking after their two-year-old daughter Katie, had met up with her parents for a holiday in Rarotonga. They had flights back to Germany; she was planning to return to Auckland.

Yesterday, after a tumultuous few days culminating in a tearful final few hours, she was allowed to fly out on a long, complicated trip home that would take her from Rarotonga to transit through Auckland with her parents, then on her own to Singapore and ultimately, her hometown of Büdelsdorf.

Air New Zealand's country manager Marisa Newman and her team worked for hours to help Caja, her parents and other trapped foreign nationals get approval to board the flight to Auckland, yesterday morning - even keeping the plane on the tarmac for an extra two-and-a-half hours while they woke up embassies around the world.

There were hours of tears and frustration. 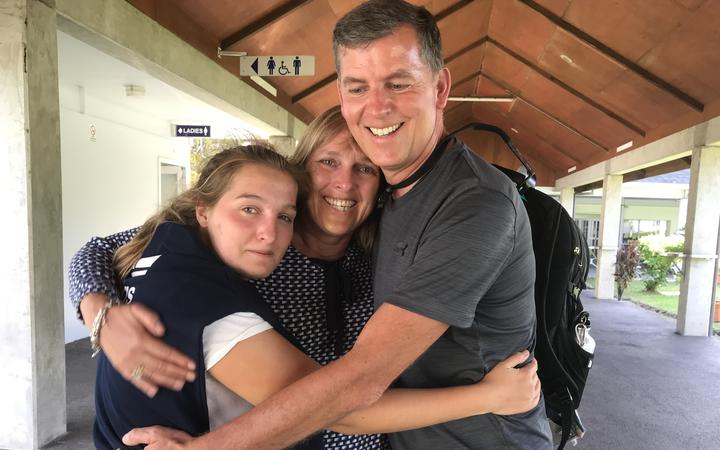 Caja Heinrich with her parents before they caught a flight back to Germany. Photo: Supplied to RNZ by Cook Islands News

Finally, Caja was allowed to board NZ19 to Auckland, with her parents - but then things got even worse.

She tried to get on the same plane as her parents via Singapore, but it was full. They left, knowing she had a ticket on the next flight - but then, Singapore closed its borders.

Outside airport security, Scott La Franchie was pleading with officials to be allowed to help her, or even just to see her; Rebecca had been trying to raise Immigration NZ officials on the phone. But the line would just go dead.

Last night, Cook Islands News spoke to her at Auckland Airport, where she was facing a sleepless night alone.

"They are cancelling more and more, the flights to Germany are getting less and less.

- This story was originally published by the Cook Islands News.