The Fijian Latui are intending to stay match-fit despite Global Rapid Rugby suspending its season in response to Covid-19.

Six teams from Australia, Asia and the Pacific kicked off the inaugural home and away season on Saturday with the Fijian Latui upset 29-22 by the China Lions in Suva.

Rapid Rugby chief executive Mark Evans confirmed on Sunday night the competition would be suspended for the imminent future following new travel restrictions introduced by the New Zealand and Australian governments, which require all overseas arrivals to self-isolate for 14 days.

But Latui coach Senirusi Seruvakula said his players had no plans to rest during the hiatus.

"We will keep on doing our daily training and there will be some friendly matches within Fiji so we keep in touch with our rugby clarity, so if the games continue we will still be consistent with our preparation," he said. 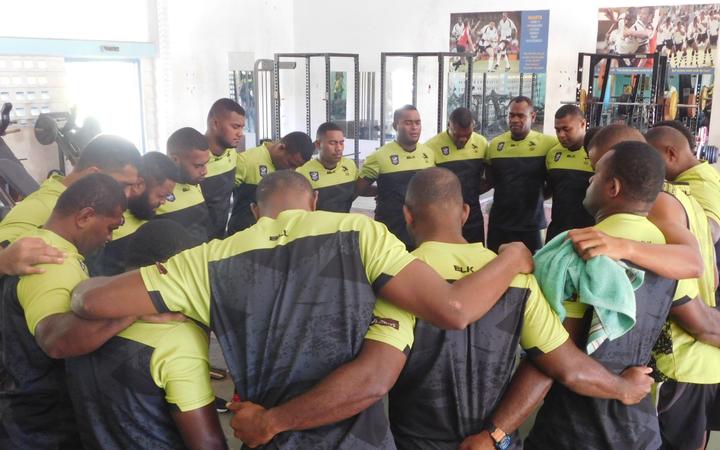 Seruvakula said recommendations from health experts to avoid any unnecessary physical contact during the coronavirus outbreak were not a concern for his team.

"Not here in Fiji," he said. "People are just feeling relaxed now that I've been telling the media that the China Lions is not from China.

"Everyone thought that it was based in China and I'd been giving the message before the game that this team is based in New Zealand and you can see it from the crowd coming into the game on Saturday."

Global Rapid Rugby was scheduled to run until the first week of June and Seruvakula said whether the Fiji Rugby Union would be able to keep playing the players will be decided this week following a meeting with chief executive John O'Connor.