Members of the Kiribati and Rotuman communities in New Zealand have welcomed their inclusion in the country's Pacific language weeks lineup. 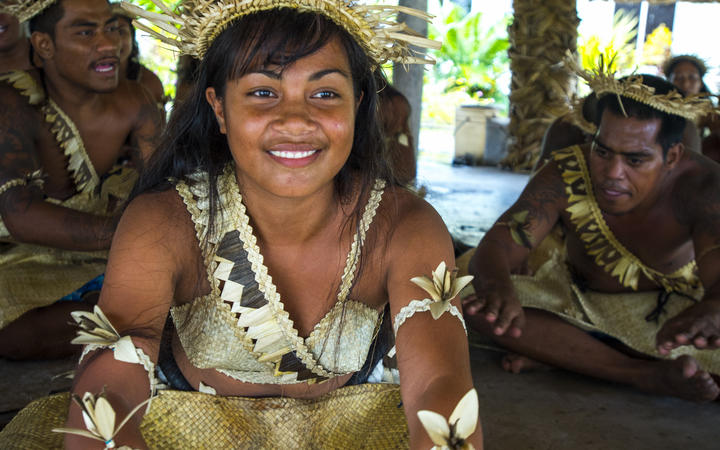 The Kiribati community in New Zealand will celebrate their language and culture in July. Photo: Supplied

The government said the 2020 lineup was the beginning of a new decade of magnifying the value and competitive advantage that Pacific languages and bilingualism brought to Aotearoa New Zealand.

For Kiribati tutor Taeang Erika it had been a long time coming but she was happy it would finally be recognised as an official language week in New Zealand.

"I am so glad that we are having it and we've got a day and date because at that time or on that date, we are going to use mostly our language," she said.

"We are going to make sure our language is alive and it is spoken throughout. Also we can practise our culture too."

Ms Erika said Finlayson Park School in South Auckland, where she teaches, had established a unit to teach i-Kiribati students their language.

"I started the Kiribati language last year as a trial," she said. "And on the 26th of March, we are going to officially launch it." 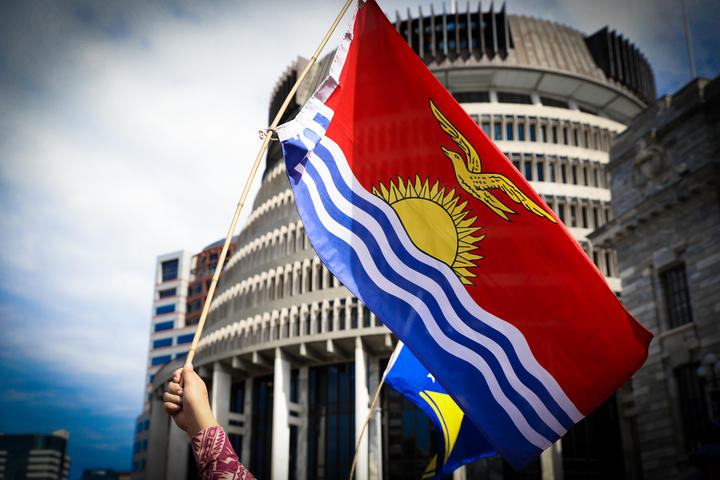 The Kiribati flag is waved in front of the Beehive in Wellington. Photo: VNP / Daniela Maoate-Cox

Minister for Pacific Peoples Aupito William Sio said the language weeks illuminated the value of the languages and cultures of indigenous peoples across the world.

Aupito said it also boosted the confidence of Pacific youth who proudly stood and showed they too treasured their legacy of diverse languages and cultures in New Zealand.

"Rotuma language obviously is identified by UNESCO as being vulnerable," he said, "and of course what we've seen with Kiribati is there's a decline in, a growing trend of fewer people picking up the languages.

"Pacific peoples must lead this work with confidence and use our cultural values such as collective action to also promote our languages - not just amongst Pacific communities but with all New Zealanders."

Those languages needed to be recognised and valued in the schools, community halls, workplaces and in all areas of life.

The Pacific Language Weeks would be supported by the 2019 Wellbeing Budget allocation of $20 million over four years.

"So the Ministry for Pacific Peoples can establish a new Pacific Language Unit, with a set of language support functions to help ensure the survival of Pacific languages.

"This passion for Pacific languages and cultures will not grow on its own and the government's Wellbeing Budget allows us to work in partnership with Pacific communities and the Ministry for Pacific Peoples to keep the fires burning so that our Pacific stories, which our languages carry, continue to be passed onto future generations to come."

Rotuman tutor Fesaitu Solomone said it had always been the aim of her people to have their culture and language officially recognised in Aotearoa.

The relationship between heritage and language was critical for the voice of Rotumans to thrive and survive, she said.

"There's visibility for our Rotuman people here. Our language and culture has been at the forefront for our people as well. It's a huge step forward for everybody here in New Zealand."

Ms Solomone said preparations were under way for this year's celebrations, which would also mark Rotuma Day - when the island was ceded to the United Kingdom in 1881.

"So everybody has contributed to this space as well, and the government recognising us as a key platform as part of the language week is a good place for us to be in at the moment."

The 2020 Language Weeks line-up begins with Rotuma in May and ends with Tokelau in October.