Rotumans in New Zealand are being urged to support each other to ensure their values, culture and language remain strong.

Hundreds of Rotumans, who hail from the remotest part of Fiji, celebrated the end of their language and culture week in Auckland last weekend. 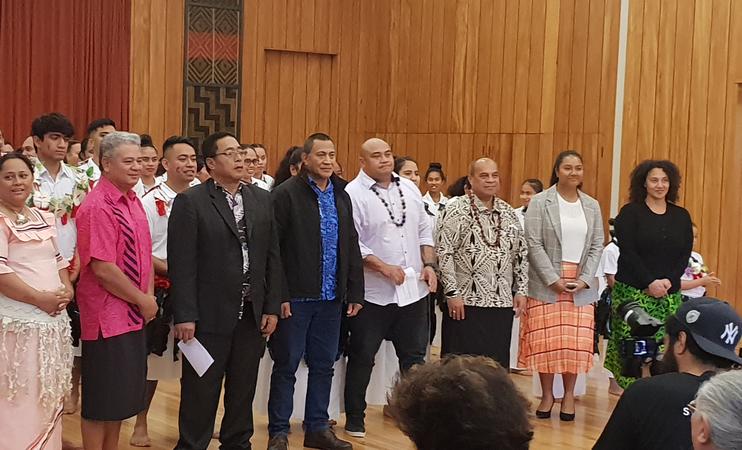 Some Rotumans expressed their disappointment at separation while others said the division did not reflect the entire Rotuman community in New Zealand.

Rotumans are among several ethnic communities from Fiji in New Zealand. They include the indigenous iTaukei, the Indians and part-Europeans.

The islanders also celebrated Rotuma Day on May 13 with separate functions held in Auckland.

Fiji's High Commissioner Filimone Waqabaca called on Fijians living in New Zealand to come out of isolation and support each other.

He said Rotuma is in Fiji, a multicultural country, and all the various ethnic groups should participate in each other's functions.

"We encourage our community leaders to work together," he said. "Whilst we can operate in isolation that is not reflective of Fiji.

"Whilst we cannot impose it on them, we are depending on their goodwill to try and co-ordinate things where our communities do not celebrate in isolation, but become inclusive."

He said one way of these communities working together could be - an invitation extended from the ethnic group hosting the event.

Mr Waqabaca said he hoped to see more Fijians at future events organised by the various ethnic groups from Fiji.

He also praised the progress towards protecting the language, culture and values of the Fijian communities in New Zealand.

The chairman of the Fiji Rotuman Association in Suva, Pasirio Furivai, said there were about 15,000 Rotumans around the world, but according to UNESCO, only one third of the islanders speak their language.

"And so that's an alarming number for us to think about."

"In 2012, the Rotuman language was listed as vulnerable by UNESCO and this year it is listed as endangered. So you can project what's going to happen if we do not make an effort to change the the path in which we are going."

Mr Furivai said community leaders, including the elders, need to put their differences aside and work together to help steer their young people into the future.

"I witnessed the young people dance a traditional dance, and they were singing, I think it's very exciting to see that and I'm very happy - that is part of learning your language and your culture.

But he said unless young people continue to participate and practise, they will not be able to learn the skills, "which eventually, you know, when you have perfected it, we call that person maru. Someone who is good at dancing".

"I've been advocating about reviving our language and culture. Language is a very important part of culture - it is the lifeline of culture.

The Minister for Pacific Peoples, Aupito William Sio, urged Pasifika communities to unite and work together for a better future for their youth across New Zealand and the region.

Aupito, who was chief guest at the Rotuman celebrations, said the government could provide support but the Pacific people themselves must lead discussions in finding solutions to their challenges.

"One of the strengths of the Pacific is being able to work in a collaborative way," he said. "We're too small to be divided.

Aupito said the ministry is committed to finding ways to ensure that Pacific languages survive through the generations.

"Almost 60 percent of Pacific people are now born in New Zealand and there is concern that the trend will accelerate unless promotion of the languages is strengthened," he said.