Vanuatu's Commissioner of Labour has warned candidates in this month's election not to use seasonal worker schemes to garner votes.

Murielle Meltenoven has received reports of candidates, who are also seasonal work agents, advising their clients to vote for them.

Ms Meltenoven told the Vanuatu Daily Post she had a video clip of an agent urging seasonal work applicants to vote for him if they wanted him to be sent overseas.

But the Commissioner said agents who acted in such a way would be dealt with according to the law.

There are 231 candidates campaigning to be part of the country's 52-seat Parliament.

The general election is set for 19 March. 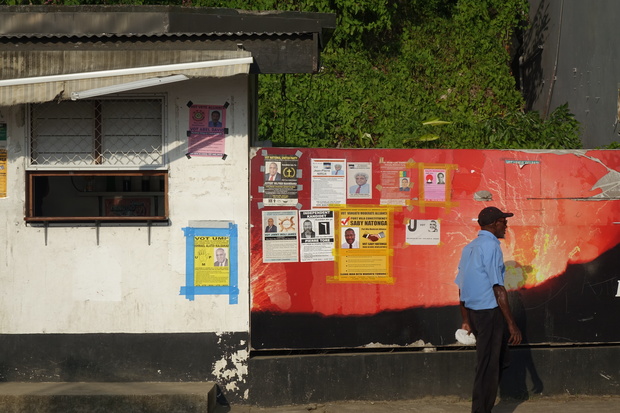 Election time is looming in Vanuatu, with a 19 March date for going to the polls. Photo: RNZI Jamie Tahana