Tourism operators in Papua New Guinea's East New Britain are demanding answers from the provincial administration after it banned a cruise ship entering. 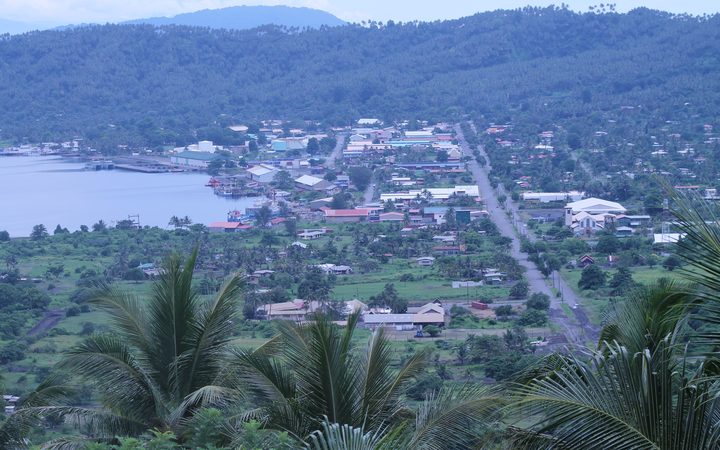 Over 3000 tourists on the Queen Elizabeth Two, which had sailed from Australia, were restricted from disembarking at Rabaul by the local administration late last month due to coronavirus fears

She said operators wanted to know why East New Britain governor Nakikus Konga decided to deny access to the ship despite it being cleared by PNG's health department.

"When the governor made the last-minute decision to turn away the MV Queen Elizabeth, we think that affected at least 800 families, and that's a lot in a small community.

"So, tourism has been a great to those that live in town, who don't have land and rely on cash. So they've been impacted seriously."

Ms McGrade was at the port waiting to pick up a visitor when local authorities revealed the cruise liner's passengers weren't allowed in.

According to her, it was a very confusing situation as the captain had not been properly informed of the decision.

"It was the most unceremonious execution of a sloppy decision I've ever seen," she said.

'What's the future for tourism in East New Britain?'

While recognising that the covid-19 virus threat had to be taken seriously, tourism operators felt there the provincial administration had been inconsistent in implementing the cruise ship ban.

Ms McGrade said there had been plenty of movement in and out of Rabaul - from loggers, fishing and shipping people, as well we tourists coming via mainland PNG - without restrictions.

"That's no sure measure of stopping the virus."

About 12 cruise ships dock in Rabaul each year, but she warned that the way the recent ban was handled could discourage cruise companies from coming back to Rabaul.

"We have asked for a meeting with the governor, with the minister for tourism, who is a local MP (Kokopo)," Ms McGrade said, explaining operators wanted to know how long the ban would be in place for, and to have the implications of the policy examined.

"We want to know, going forward, what's the future for tourism in East New Britain?"

The East New Britain administration has yet to respond to a request for comment.